Harsha Bhogle wonders whether the sun has set on modern-day tennis player Roger Federer after his heartbreaking ouster from Wimbledon 2021 quarterfinals. 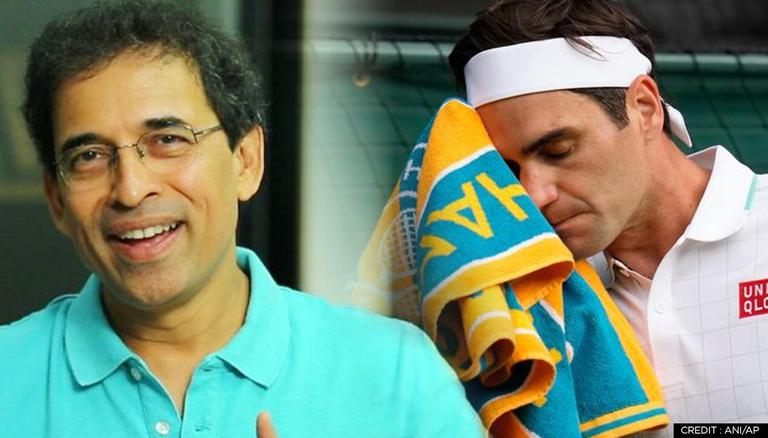 
Swiss tennis player Roger Federer's quest for a record 21st career Grand Slam and a ninth Wimbledon crown were dashed after he crashed out of the tournament by going down to Poland’s Hubert Hurkacz 6-3, 7-6 (7/4), 6-0  on Wednesday. Meanwhile, this was the very first time that Roger Federer has lost a set 6-0 at the prestigious tournament i.e. Wimbledon. After having witnessed Federer bowing out of the tournament in a not-so-impressive fashion, veteran cricket commentator Harsha Bhogle reacts about Federer's ouster from Wimblendon 2021.

Taking to the micro-blogging site, the 'Voice of Indian Cricket' wrote 'Has the sun set? It has been feared for a while but straight sets on grass with a 0-6?'

Has the sun set? It has been feared for a while but straight sets on grass with a 0-6?

Bhogle's tweet evoked mixed reactions from fans. While some of them were on the same page with the versatile cricket pundit, there were others who said that the 'sun will rise again'.

End of an era and may be my love for tennis 💔😔

Its a harsh reality every fan never wanted to see..

Had set long back Harsha. Knee surgery plus no match play. It was coming.

The sun never sets. It stays put. Everything is just our human perspective.

The eight-time Wimbledon winner went on to say he is not sure whether this is his final outing in the biggest Grand Slam event of the year.

“I really don’t know if that was the last time I’ll play Wimbledon,” said Federer bleakly. “I have to take a few days, then go from there. Hubert played great. It was tough, you know. The last few games obviously… you can feel that you're not coming back from it. I'm not used to that kind of situation, especially not here", said Federer as quoted by Wimbledon.

“The last 18 months have been long and hard. I felt very disappointed in the moment [of defeat] itself. I still am. I feel horribly exhausted. I could go for a nap right now. You put everything on the line, and when it's all over you could just go sleep because you're so exhausted from mentally pushing yourself forward, and trying everything", he added.

WE RECOMMEND
Harsha Bhogle calls COVID-19 a 'Chinese virus' and the internet is in roaring appreciation
Djokovic wins in straight sets to seal spot in 10th Wimbledon semifinal
What happened to Emma Raducanu? Why did she retire from Wimbledon match vs Tomljanovic?
Novak Djokovic aims for major milestone at Wimbledon; receives praise from Roger Federer
Wimbledon 2021 Results: Novak Djokovic charges into 4th round while Murray faces defeat