Is Ankita Raina related to Suresh Raina? Tennis star Ankita Raina will team up with Lauren Davis for their first-round women's doubles encounter on Wednesday. 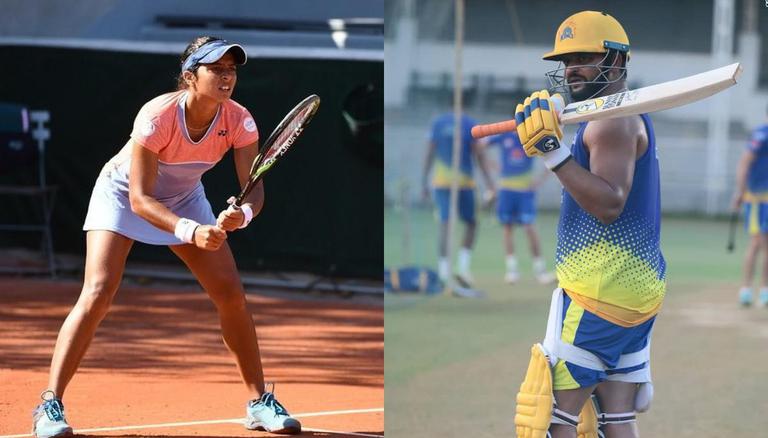 India No. 1 Ankita Raina notched up a hard-fought  3-6, 6-1, 6-4 victory over Australian tennis star Arina Rodionova in the first round of the women’s singles qualifiers at the French Open 2021 last Monday. However, her attempt to qualify for the singles main draw of a Grand Slam failed on Wednesday after she suffered defeat against Belgian Greet Minnen. The 28-year-old Indian star is now set to partner Lauren Davis in the first round of the women's doubles as they come up against the 10th-seeded pair of Laura Siegemund and Lucie Hradecka on Wednesday, June 2.

However, netizens have been curious to know whether tennis star Ankita Raina is in any way related to Chennai Super Kings batsman Suresh Raina. Here's all you need to know about Ankita Raina and her accolades to date.

Ankita Raina made her first professional appearance in 2009, at a small ITF tournament in Mumbai. In 2010, she continued to participate in local ITF events with limited success. However, she made India proud by entering the top 200 singles rankings (in April 2018), becoming only the fifth player representing India to achieve this feat. She is also ranked No. 1 in Indian Women's singles and doubles.

Raina has won one WTA title and one WTA 125k title (both in doubles), along with 11 singles and 18 doubles titles on the ITF Circuit. has also won gold medals in the women's singles and mixed doubles events at the 2016 South Asian Games, and won a bronze medal in singles at the 2018 Asian Games.

In the women’s doubles of the 2021 French Open, Ankita Raina will be playing alongside USA star Lauren Davis. The pair will open its campaign with a first-round tie against Lucie Hradecka of the Czech Republic and Germany's Laura Siegemund on Wednesday, June 2.

With several Indian tennis fans backing Ankita Raina at the French Open Women's doubles, some were curious to know whether Ankita is related to CSK and former Indian batsman Suresh Raina. However, there have been no reports which state that Ankita Raina and Suresh Raina are related despite their matching surnames.

Gujrat-born Ankita Raina, however, does have a sibling named Ankur. While growing up, her idols were Roger Federer, Rafael Nadal, Serena Williams and Sania Mirza.

READ | Naomi Osaka threatened by French Open of rare disqualification despite 1st round win
First Published: 31st May, 2021 18:10 IST
SUBSCRIBE TO US

WE RECOMMEND
Who is Ankita Raina? All you need to know about India's latest tennis sensation