Is Dominic Thiem Falling Flat Due To His Over-confidence? Fans Worry Ahead Of French Open

A shock first-round loss at the Lyon Open on Thursday, May 21 has left fans and experts questioning World No.4 Dominic Thiem's future on the ATP Tour. 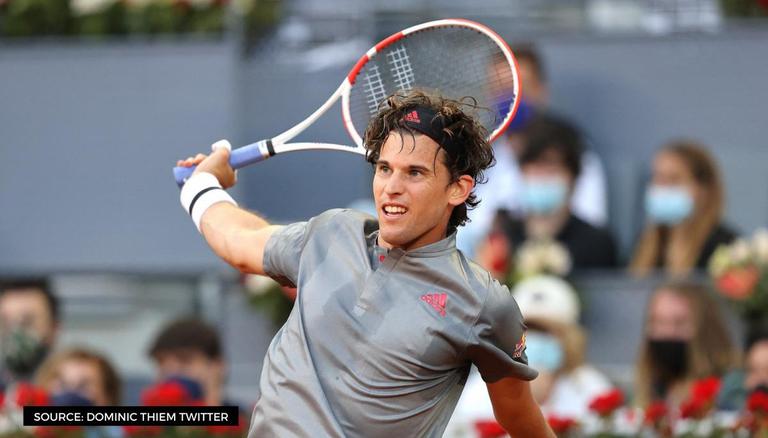 
Aiming to make a strong comeback to the ATP Tour, Dominic Thiem looked positive and upbeat at the practice courts a day before his opening match at the Madrid Open 2021. After a blockbuster season last year, wherein he won his first Grand Slam title at the US Open and ended the year with a runners-up title at the ATP Final, Thiem has struggled to get going in 2021. The Austrian star had a disappointing Round 4 exit at the Australian Open, a quarter-final loss in Qatar and a shocking first-round loss in Dubai to contend. With Thiem not winning any clay court championship this season, fans have already questioned whether he remains the top contender anymore to challenge the Rafael Nadal Grand Slams tally to move to a record 21 at the French Open this year.

focus on the upcoming weeks pic.twitter.com/jdvurNz45s

After breaking the Big Three's 10-Grand Slam winning streak and becoming the first person outside of the trio to win a Slam, Austria's Dominic Thiem was expected to rise to great heights this season. However, with a poor start to the year, fans have begun to wonder if the Austrian has gotten too big for his boots so soon after his maiden Slam title. In Thiem's own words, his form this year can be put down to a lack of motivation following his triumph at Flushing Meadows - a milestone he has fought almost a decade to reach living in the shadow of Nadal, Djokovic and Federer.

Going into the French Open 2021 - the Slam where he has performed most consistently through the years, reaching two semi-finals and two finals - Thiem will hope to take inspiration from his US Open run last year, as the win came on the back of a loss at the Southern and Western Open. Admitting that his loss at Lyon was "a huge disappointment and a step backwards", Thiem seems sad rather than overconfident. With the Rafael Nadal Grand Slams toll set to increase to a record, 21, if he wins this French Open, Thiem will hope to pull off the biggest upset of the Slam and defeat him on the way to his second Slam.

Currently ranked No.4 in the world, the Dominic Thiem ranking has not suffered greatly due to his dip in form this year. Having reached a career-high of No.3 in March 2020, the Austrian looked set, at one point last year, to make it past Rafael Nadal to No.2. However, he dropped down to his current position on the table in February of 2021 after losing nearly 1020 points after his early exit from the Australian Open. His failure to add more points so far this season leaves him with just a 1000 points lead over No.5 Stefanos Tsitsipas, who has been on a winning run in 2021.

According to Celebrity Net Worth, the Dominic Thiem net worth figure stands at $14 million. Of this, $28,714,601 come just from Thiem's ATP career prize money earnings. Besides this, Thiem has sponsorship deals with Adidas, Babolat, Bank Austria, Kia, Rolex, Red Bull, and Sky Sport. Thiem was 9th on the list of highest-paid tennis players from June 2019-June 2020 with earnings of $11.1 million in this period alone.

Disclaimer: The above Dominic Thiem net worth information is sourced from various websites and media reports. The website does not guarantee a 100% accuracy of the figures.