Tennis Australia chief Craig Tiley said that they are in a very 'difficult' spot over Novak Djokovic but they would divulge more information when time is right. 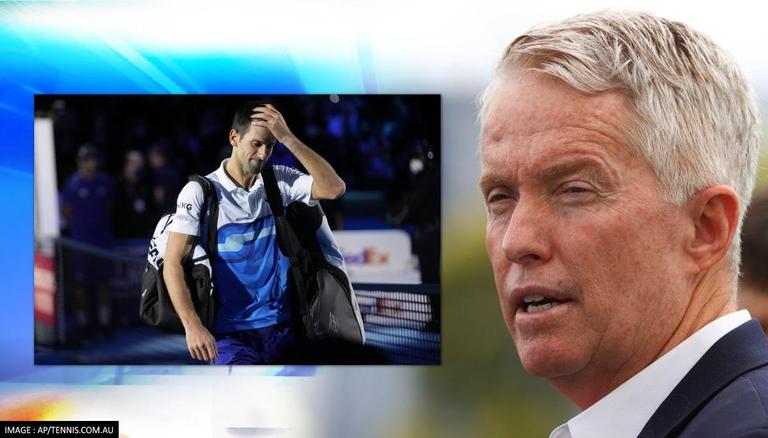 
On Thursday tennis star Novak Djokovic announced that he would be participating in the upcoming Australian Open after receiving a 'medical exemption' to enter the country for not revealing his vaccination status. However, since then his visa was revoked on his arrival in Melbourne as he failed to obtain the right visa for the medical exemption that he was granted. Djokovic was held at the Melbourne airport overnight and was supposed to be 'removed' from the country later on Thursday but he decided to challenge the decision by appealing in the Australian Federal Court.

Since then, Djokovic has been allowed to stay in Melbourne and was moved to quarantine in a hotel in the city until his appeal is sorted out. Tennis Australia boss Craig Tiley has recently addressed the Novak Djokovic visa row in an internal video which was leaked and obtained by the Herald Sun. In the video to the Tennis Australia staff, Tiley said that TA was in a very 'difficult' spot but they would divulge more information when the time is right. He also refused to shoulder any of the blame over how the whole situation has panned out. Djokovic isn't the only unvaccinated player heading for the Australian Open to be held over visa issues as 38-year-old doubles player Renata Voracova also had her visa cancelled for the same reason and is now being detained in a quarantine hotel.

"Unfortunately over the last couple of days, there's been a circumstance that relates to a couple of players, Novak particularly, and (we are) in a situation that is very difficult," Tiley said. "We're a player-first event, we empathise with the situation we currently have and are working closely with Novak and his team, and others and their team, that are in this situation. I want to assure you that we are in a position where we would like to share with you all the information, and we will. We've chosen at this point not to be very public with it and simply because there is a pending lawsuit related to entry into Australia for a few. Once that has run its course, we'll be able to share more with you. There's a lot of finger-pointing going on and a lot of blaming going on, but I can assure you our team has done an unbelievable job and have done everything they possibly could according to all the instructions that they have been provided. We're going through a difficult time in the public arena right now (but) we'll pull through it, we'll get out on the other side," said Tiley in the leaked video message obtained by the Herald Sun.