Leander Paes and Mahesh Bhupati during the interview on ' Break Point' revealed what exactly went wrong in their relationship during the playing days. 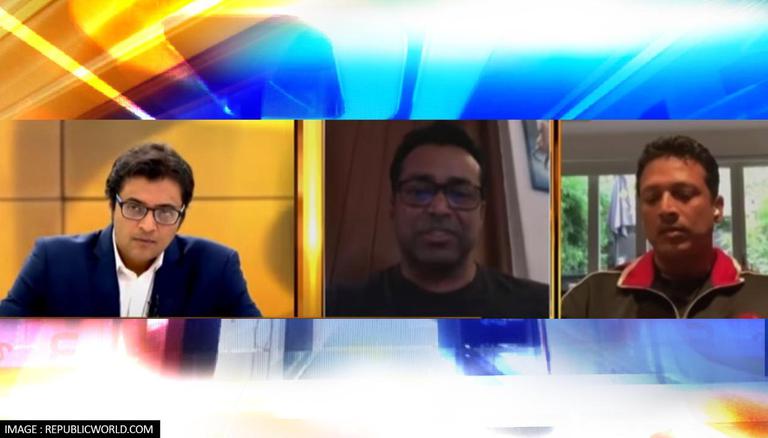 
Leander Paes and Mahesh Bhupathi need no introduction, with the former tennis partners going on to become one of the best Indian doubles teams on the international circuit, winning multiple Grand Slam titles. The journey of the duo, who were also known by the name of 'Indian Express' however came to a halt following as they split up. Earlier, a documentary series named 'Break Point' was released, where both the tennis stars speak about their personal lives, their differences, and their career graph.

During an interview with Republic Media Network's Editor-in-Chief Arnab Goswami on 'Nation Wants To Know', Leander Paes and Mahesh revealed what exactly went wrong in their relationship during their playing days. According to Leander Paes, the 'Break Point' docuseries would help the healing process.

Break Point: Leander Paes on the importance of communication

During the conversation with Arnab Goswami, both Paes and Bhupathi suggested that the duo had the utmost love and respect for each other even in hard times, and the rift only began because of their coaches. Leander Paes believed that the foundation of their bond was much stronger. He further said,

"Communication is the essence of life. Communication to reach out to the other and say Bhai hum dono ne badiya kaam kiya (we did a good job together). We have coaches and trainers, we are conquering the world, we have contracts all over but today let's just go get some ice cream together".

Leander Paes and Mahesh Bhupathi's documentary 'Break Point', a seven-episode series, is available on Zee5. The Break Point docuseries witnesses the two tennis players open up about the twists and turns of events in their life, including how their relationship got deconstructed both on and off the court.

The documentary will be one of its kind where the two tennis icons get candid about their split and clear the air of speculations by narrating their side of the story. Apart from the two, the trailer also features a host of other sportspeople including Bob Bryan, Mike Bryan, and family and friends.