Tennis superstar Naomi Osaka was spotted buying groceries at a store in LA only a few days after her withdrawal from the 2021 French Open. 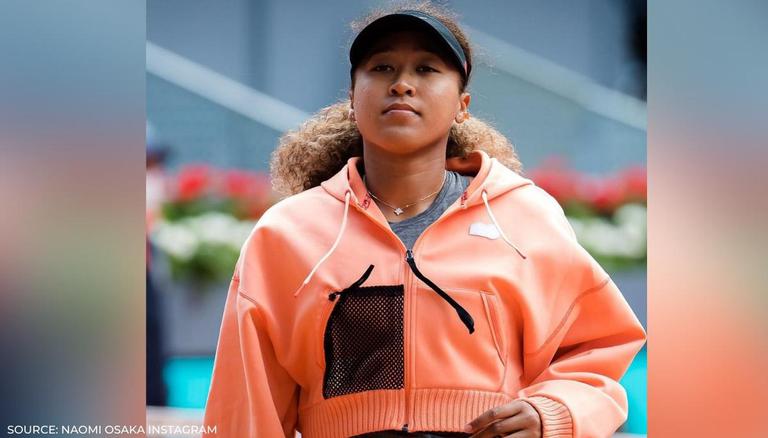 Four-time Grand Slam winner Naomi Osaka stunned the tennis community earlier this week when she announced her withdrawal from the ongoing French Open 2021. The Japanese star dropped out of the French Open after a week of confrontation with tournament officials over whether she would participate in press events. In an Instagram post, Osaka announced her decision to withdraw, citing mental-health concerns including depression and anxiety. Following her controversial exit from the French Open, Osaka appeared to take some time off grocery shopping in Los Angeles, California.

When Naomi Osaka refused to attend the post-match presser after her first round victory over Patricia Maria Tig at the French Open, a $15,000 fine followed along with a threat that failure to attend future press conferences could result in her expulsion from the tournament and other Grand Slam events. However, Osaka then took to social media to announce her withdrawal from the Grand Slam itself, citing mental health issues.

In her post, she wrote, “The truth is that I have suffered long bouts of depression since the U.S. Open in 2018 and I have had a really hard time coping with that, referencing her 2018 win over Serena Williams in which the crowd booed Osaka during the trophy ceremony. “Anyone that has seen me at the tournaments will notice that I’m often wearing headphones as that helps dull my social anxiety,” she added. “Here in Paris I was already feeling vulnerable and anxious so I thought it was better to exercise self-care and skip the press conferences.

Where does Naomi Osaka live? Tennis ace steps out for grocery shopping in LA after leaving French Open

The 23-year-old is now back in the US and took some time off on Wednesday to finish her grocery shopping at a store in Los Angeles, California. Wearing a bright orange hat, matching pants, a Mulan t-shirt and a blue facemask, Osaka strolled into the store after arriving in her white Nissan GT-R Nismo. According to reports, Osaka purchased a $7 million home located high in the mountains above Beverly Hills.

Osaka is currently ranked No. 1 by the Women's Tennis Association (WTA) and also the first Asian player to hold the top ranking in singles. She is a four-time Grand Slam singles champion and is the reigning champion at the US Open and the Australian Open.

READ | From Nike to TAG Heuer, sponsors back Naomi Osaka after her French Open withdrawal