Novak Djokovic playing in his fourth Games is finally looking to get his hands on first gold medal, while Alexander Zverev is making his debut in Olympics 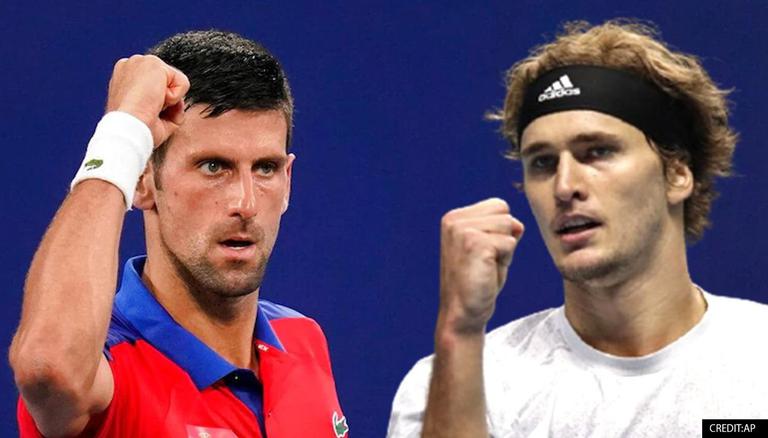 
Even before the Tokyo Olympics campaign got underway Novak Djokovic was considered an overwhelming favourite to win the Olympic gold in the tennis singles event. World no 1 has indeed lived up to the tag and is now two matches away from the Olympic glory. The Serbian is set to face Germany's Alexander Zverev in the semifinal of the competition on Friday, July 30 and once again he would be hoping to put up yet another dominating performance. Ahead of the all-important clash, Zverev was full of praise for his upcoming opponent.

According to a report published by Tennishead.net Alexander Zverev believes that very few guys can beat Novak Djokovic and is confident about beating the Serbian just like he has done it before. He further said that the world number one Djokovic is “playing the best tennis of his life” with the Serbian currently on a 22-match winning streak. While Zverev is playing his maiden Olympics, Djokovic is playing his fourth Games as he finally looks to get his hands on the first gold medal.

All set for a big match of #tennis

Novak Djokovic on Thursday tied with Roger Federer for the most singles wins at the Olympic games with 13, while managing to become the first player, male or female, to reach three Olympic singles semi-finals as well. During the Tokyo Games, Djokovic has not lost a single set in all four of his matches. He has only lost 17 games across eight sets played.

Speaking about Djokovic Olympics records the Serbian has participated in four Olympics so far. However, he did not enjoy much success apart from the 2008 Olympics in Beijing. Djokovic's best result at the Beijing Olympics in 2008, was a bronze medal-winning effort. Post-2008 success, the 34-year-old came up short twice in his next two Olympic journeys. He was bundled out of the Games in 2012 and 2016 by Argentina's Juan Martin del Potro. Andy Murray won a gold medal in both the Olympics, however this year he opted out of the singles event giving Djokovic a shot at glory that he has been waiting for.