Despite staying unvaccinated former World No 1 Novak Djokovic was hoping to play at this year's US Open following his Wimbledon 2022 triumph. 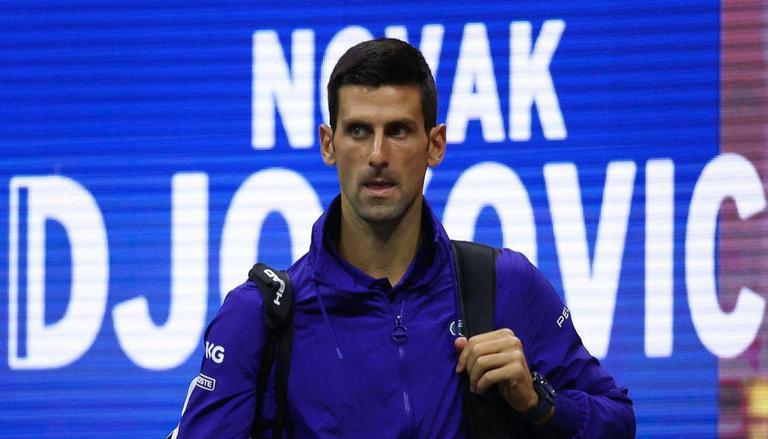 
Novak Djokovic's hopes of taking part in the US Open suffered a big blow with reports emerging about tournament organisers deciding to go ahead with government vaccination rules. The former World No 1 was banned from this year's Australian Open for staying unvaccinated and  his absence Rafael Nadal went on to pick his 21st Grand Slam title by winning the Australian Open 2022, before taking his tally to 22 major titles after claiming the French Open 2022 title. Despite staying unvaccinated Djokovic was hoping to play US open following his Wimbledon 2022 triumph. The 35-year-old has won US Open thrice and was named in the entry list as a routine, rather than an indication of his participation in the event.

Novak Djokovic to not play US Open

According to rules, the non-US-citizens are required to be fully vaccinated against COVID-19 to be able to enter the country, which means Djokovic,  will not be allowed entry. According to Skysports report a statement from the US Open said "Per the Grand Slam Rule Book, all eligible players are automatically entered into the men's and women's singles main draw fields based on ranking 42 days prior to the first Monday of the event. The US Open does not have a vaccination mandate in place for players, but it will respect the US government's position regarding travel into the country for unvaccinated non-US citizens."

Coming to Novak Djokovic vaccine stance, following the Wimbledon triumph, the Serbian in his statement had said,  "I’m not vaccinated and I’m not planning to get vaccinated, so the only good news I can have is that they’re getting rid of the mandatory green vaccine card or whatever you call it to enter the United States or exemption. I’m not sure. I don’t believe exemption is a realistic possibility. If that is a possibility, I’m not sure what the exemption would be for,"

The main draw at the US Open begins on August 29 and ahead of the tournament fans have raised an online petition in support of Novak Djokovic.  The petition calls out the United States Tennis Association (USTA) to work with the US government and allow the Serb to participate in the tournament. The petition was launched on July 21 and has reached 12,000 signatures on change.org.