Novak Djokovic Vs Rafael Nadal: How Have The Duo Fared Against Each Other In The Past?

Know how Novak Djokovic and Rafael Nadal have fared against each other in the past, ahead of their French Open 2022 Quarter-final clash on Tuesday. 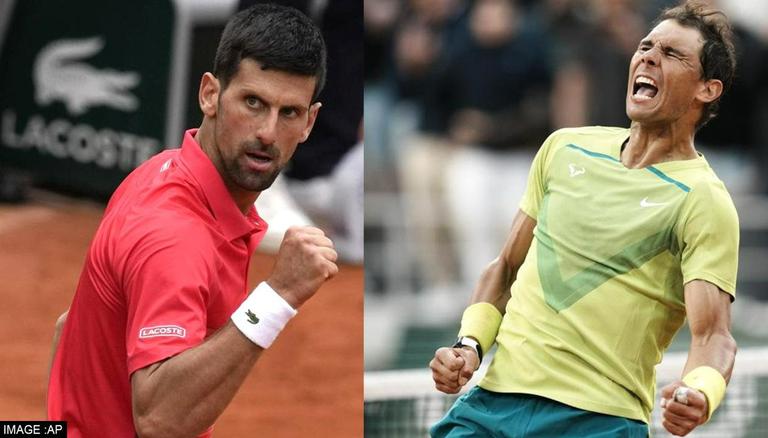 
Two of the tennis greats, Rafael Nadal and Novak Djokovic are all set to clash against each other in the French Open 2022 Quarter-finals on Tuesday. The 21-time Grand Slam champion Nadal stormed into the quarter-final after earning a hard-fought five-set victory over Canadian youngster Felix Auger-Aliassime.

Meanwhile, Djokovic qualified for the quarter-finals after defeating Diego Schwartzman of Argentina in three straight sets.

How have Novak Djokovic and Rafael Nadal fared against each other in the past?

This will be the first time in a year that Djokovic and Nadal will face each other, as their last encounter came at the Roland Garros last year. Djokovic defeated Nadal by 3-6, 6-3, 7-6(4), and 6-2 in the French Open 2021 semi-finals and went on to pick his 19th major title. Djokovic also leads the overall head-to-head stats between the duo as he has won 30 matches against the Spaniard. Nadal, on the other hand, has won 28 games against the Serb.

Tuesday's meeting at the Roland Garros will be the 59th time the two players face each other. However, Nadal has a 7-2 advantage over Djokovic at the French Open. Following his win in the fourth round, Nadal revealed his thoughts about the win and said, “Being honest, every match that I play here, I don’t know if it’s going to be my last match here in Roland Garros...That’s my situation now. That’s why I am just trying to enjoy as much as possible.”

At the same time, speaking about the Djokovic match, Nadal added, “We have a lot of history together”. At the same time, revealing his thoughts about playing against Nadal, Djokovic said, “It’s a huge challenge and probably the biggest one that you can have here in Roland Garros. I’m ready for it.”

It is pertinent to mention that Nadal is a 13-time champion at Roland Garros, while Djokovic has won two French Open titles so far.

READ | Why Novak Djokovic will lose No.1 ranking due to Wimbledon even if he wins French Open?