Novak Djokovic Will Be Allowed To Play French Open Even If Not Vaccinated: French Minister

According to France's Sports Minister Roxana Maracineanu, Serbian tennis star Novak Djokovic will be allowed to play Roland Garros even if he is not vaccinated. 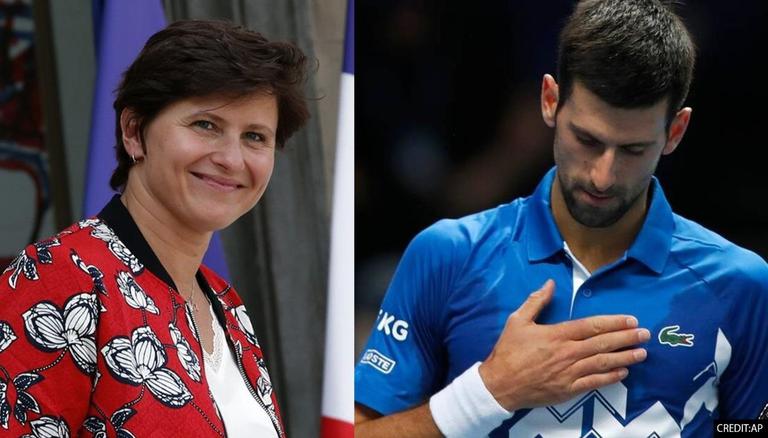 
According to the French sports minister, Roxana Maracineanu, 20-time Grand Slam champion Novak Djokovic will be allowed to play the French Open even if he is not vaccinated. Currently, the Serbian tennis star is in Melbourne, Australia, after he was stopped at the airport because his visa was cancelled. The development came after the 20-time Grand Slam winner announced that he would be participating in the upcoming Australian Open after receiving a medical exemption. But over the past two days, his visa was cancelled by the Australian Border Force upon arrival in Melbourne and he was told he would be "removed" from the country.

Sports minister Roxana Maracineanu said: "He (Djokovic) would not follow the same organisational arrangements as those who are vaccinated," Maracineanu told FranceInfo radio. "But he will nonetheless be able to compete (at Roland Garros) because the protocols, the health bubble, allows it." France currently does not stop non-vaccinated people from entering the country but they do have stricter restrictions for them as compared to people who are fully vaccinated. Djokovic is one of the few tennis stars who is yet to reveal his inoculation status regarding COVID-19. While it had not been an issue so far, Australia has put in place strict COVID-19 regulations and laws there deny entry for people who have not been vaccinated.

The Australian Prime Minister Scott Morrison tweeted that Novak Djokovic's visa had been cancelled. He then said that the border rules apply to everyone and Australia's strict border controls have been crucial to keeping their COVID death rates low. "Mr Djokovic’s visa has been cancelled. Rules are rules, especially when it comes to our borders. No one is above these rules. Our strong border policies have been critical to Australia having one of the lowest death rates in the world from COVID, we are continuing to be vigilant," Morrison said in his tweet.

Currently, Djokovic has been allowed to stay in Melbourne and was moved to quarantine in a hotel in the city until his appeal is sorted out in the Australian Federal Court. Djokovic's case in the Federal Court was adjourned till 6 PM local time on Thursday, meaning that he would stay the night in Melbourne. It was then further adjourned until 10 AM (local time) on Monday. The Federal Court was also informed that Tennis Australia will need to know by next week if the Serbian tennis star will be allowed to play in the Australian Open or not.