Amul uploaded a cartoon illustration of Novak Djokovic's current COVID-19 vaccination, which led to his visa being cancelled upon his arrival in Melbourne. 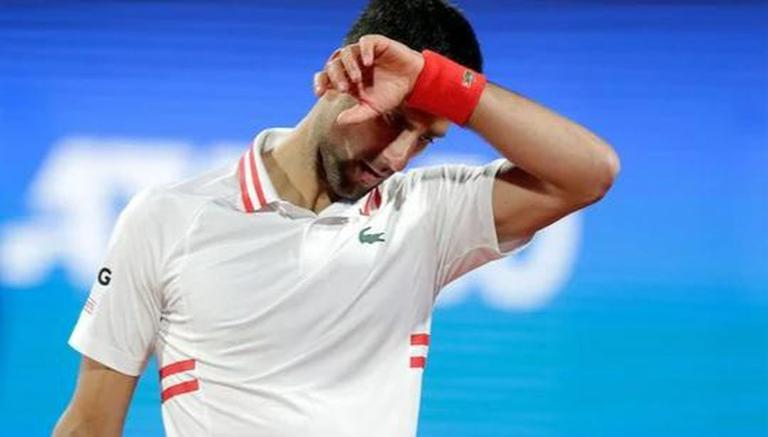 
Indian dairy cooperative society Amul is known for illustrating interesting and trending topics by using cartoon illustrations. Amul took to their official Twitter handle on January 6 and tweeted a cartoon illustration referring to the Serbian tennis player Novak Djokovic’s current situation in Australia. Djokovic arrived in Australia on January 5 in order to participate in the upcoming Australian Open 2022. However, his visa was cancelled by the Australian Border Force upon his arrival in Melbourne, as he is yet to be vaccinated for the Covid-19 virus.

In their cartoon illustration, Amul seemingly took a jibe at the World No. 1 tennis player by saying, “Novax, Djokovic?”. The Australian Open organizers had earlier announced in November 2021, that all participating players in the Australian Open 2022 will require to be completely vaccinated from the virus. Djokovic’s participation was doubtful as everyone speculated if he will be allowed to travel to Australia. However, on January 3, Tennis Australia chief Craig Tiley said confirmed unvaccinated players will play in the tournament, given that they have gone through a rigorous medical exemption application process first.

What happened with Novak Djokovic after he landed in Melbourne?

Thinking he has all the required documents to participate in the coveted opening major tournament of the year including the Covid-19 vaccine exemption permission, Novak departed for Australia and landed in the country on Wednesday. Djokovic posted a picture of him on his social media handles informing about his departure for the tournament, which received a huge outcry from the Australian public and media. The matter quickly turned into a political drama and Djokovic’s visa was cancelled and he was ordered to leave the country. However, he appealed the deportation order and is currently being kept at a Melbourne immigration detention hotel.

READ | From speculation, exemption to quarantine: Timeline of Djokovic's troubles in Australia

How did netizens react to Amul's cartoon illustration?

Meanwhile, the cartoon illustration about Djokovic quickly went viral on being spotted by the netizens on Twitter. While some fans complimented Amul for the hilarious take, other fans were critical of the company. At the same time, another fan wondered what is the reason Djokovic is still not vaccinated.

Amul is doing a good job. Rest of the comments are deliberate!

Really want to know why he isn't freaking vaccinated? Does he mistrust the Serbian govt or is it religious reasons?

Ye tho kisi ka nahi lagaya, being a sports icon to millions of people it's actually bad..has he been misinformed that it somehow lowers ur physical ability to play? It's a mystery for sure

The Serbian public has a strong impression that Djokovic is a victim of the political game against his will and that he was lured to travel to Australia in order to be humiliated.

Novak Đoković is not a criminal, terrorist or illegal migrant, but he is treated that way.