On November 18, Human Rights Watch (HRW) released a statement expressing concern over the whereabouts of the three-time Olympian. Read on 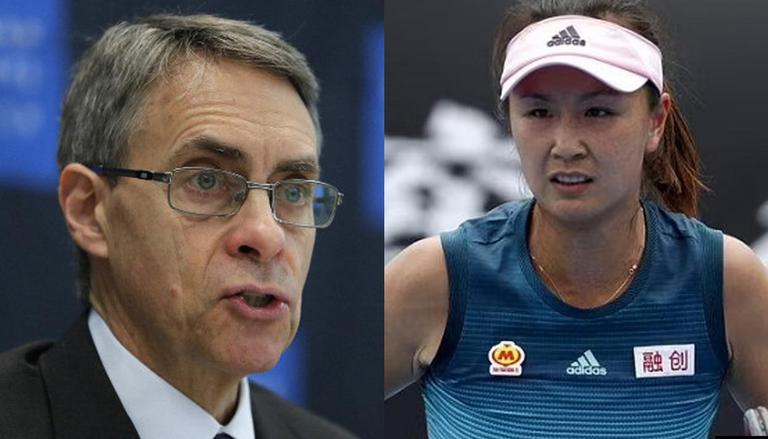 
With just two months away from the Winter Olympics 2022, the disappearance of Peng Shuai, a 35-years-old tennis star from China, has sparked widespread concerns among international human rights groups. On November 18, Human Rights Watch (HRW) released a statement expressing concern over the whereabouts of the three-time Olympian. As per reports, Peng Shuai has not been seen in public since November 2.

On November 2, Peng said on social media that she had been sexually assaulted, forced into a sexual relationship with Zhang Gaoli, 75, who was China’s vice premier from 2013 to 2018, HRW said in its statement. She has not been seen ever since and even her social media posts were deleted. Ever since Shuai went missing, hashtag 'WhereIsPengShuai' is trending globally, additionally, world tennis champions Naomi Osaka, Serena Williams, and Novak Djokovic have also voiced fears about the 35-year-old star’s disappearance. US President Joe Biden has also called for ‘verifiable proof’ of Shuai’s whereabouts and expressed “deep concerns” for the missing sports star.

Athletes, global sports fans, and Olympic sponsors should speak up for the Chinese tennis player and demand to know #WhereIsPengShuai. https://t.co/OuvR6RTq58 pic.twitter.com/EIC9sXzaU8

On Thursday, the Women’s Tennis Association (WTA) received a statement purporting to be from Peng, recanting her abuse claim. “I have a hard time believing that Peng Shuai actually wrote the email we received or believes what is being attributed to her,” HRW mentioned, citing a statement of WTA chair Steve Simon. The WTA has called for a probe into the matter and highlighted that it will pull out tournaments from Beijing in case the Chinese authorities fail to provide an appropriate response.

In contrast, International Olympic Committee (IOC) has remained silent on the missing reports of the tennis champion, HRW pointed out.

Citing latest reports, "We...are encouraged by assurances that she is safe," IOC commented, endorsing the government's line, HRW statement added. Emphasising this is not the first time Beijing has tried to silence individuals against the views of the country, HRW further added, the Chinese government "frequently forcibly disappears individuals whose views or conduct it sees as problematic or embarrassing, employs extralegal forms of detention, and publishes forced confessions to make dubious cases appear legitimate." The human rights group also lambasted the IOC's statement saying that it is astonishing that the organisation would "accept the government's assurances particularly at the expense of a female Olympian making grave allegations."

Meanwhile, China has continued to reiterate its stance of being unaware of the controversy stirring around the country’s tennis professional, Shuai. Chinese Foreign Ministry spokesperson Zhao Lijian told the reporters that Peng’s matter was “not a diplomatic question and I’m not aware of the situation," on November 19. As per AP, the Chinese Foreign Ministry has repeatedly disavowed knowledge of the issue since the player made the accusation over two weeks ago.