Rafael Nadal and Roger Federer offered their condolence to British Royal family while remembering the time they got to meet the 96-year-old. 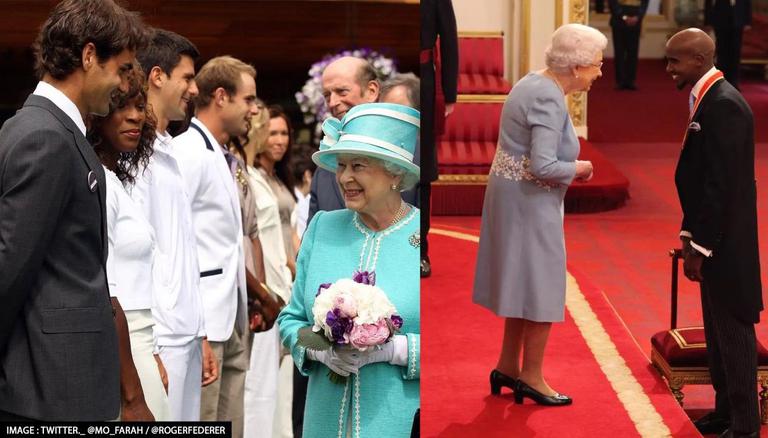 
Athletes from various sporting verticals took to social media and offered their condolences following the demise of Queen Elizabeth II on Thursday, September 8. The 96-year-old served Queen Elizabeth II as the United Kingdom’s monarch for 70 years which made her the longest-serving British monarch. The Queen had not been keeping well ever since she tested positive for COVID-19, in February.

Tennis legends Rafael Nadal and Roger Federer offerd their condolence to British Royal family while remebering the time they got to meet the Queen. Federer in his message wrote that elegance, grace and loyalty of Queen Elizabeth II to her duty will live on in history. Rafael Nadal paid his respectful, sincere and deepest condolences to the Royal Family of the United Kingdom, Northern Ireland and to the British people following the passing away of Queen Elisabeth II. England football team skipper and Tottenham striker Harry Kane in his tweet said that the queen was an inspiration who will be remembered for her incredible years of service to this nation. Cricket Sachin Tendulkar also offered his condolences to the Royal Family after Queen's death.

My most respectful, sincere and deepest condolences to the Royal Family of the United Kingdom of Great Britain and Northern Ireland and to the British people for the pass of Her Majesty Queen Elisabeth II

I am deeply saddened by the passing of Her Royal Majesty. Her elegance, grace and loyalty to her duty will live on in history. I would like to send my thoughts and condolences to the entire Royal Family and Great Britain. pic.twitter.com/4rrUIPbLkV

Saddened to hear about the passing away of Queen Elizabeth II. I had the opportunity to meet her in person on a number of occasions, and the love & respect that people had for her was heartening to see. My deepest condolences to her family and dear ones.

Former England footballer Gary Lineker called Queen Elizabeth II a remarkable woman who served her country with dignity, loyalty and grace. British athletics legend Mo Farah while remembering Queen Elizabeth II said that meeting her was one of the greatest honours of his life. He said that the queen will remember her for her warmth and dedication to the British people.

My thoughts are with the Royal Family at this very difficult time. The Queen was an amazing inspiration and will be remembered for her incredible years of service to this country. Rest in peace, Your Majesty. https://t.co/Tj0NrDpWBo

Such a terribly sad day. Her Majesty The Queen has died. A truly remarkable woman who served her country with dignity, loyalty and grace. A comforting ever present in the lives of most of us. Rest In Peace, Your Majesty.

My condolences to the Royal Family at this very sad time. The Queen was loved all over the world and meant so much to so many. Meeting her was one of the greatest honours of my life. We will remember her for her warmth and dedication to the British people throughout her reign. pic.twitter.com/TybbYku1Vl

Football legend Pele in his message of affection for the British Royal Family wrote that he has been a great admirer of Queen Elizabeth II since the first time he saw her in person. He even remebered how Queen Elizabeth II generously awarded him the Order of the British Empire, the country's highest honor.while stating that her legacy will last forever.

The England and Wales Cricket Board on Thursday announced, that following the death of Her Majesty Queen Elizabeth II, Friday's play between England and South Africa Men at The Oval, along with all scheduled matches in the Rachael Heyhoe Flint Trophy, will not take place. The statement released by cricket board said, "The Queen and her late husband H.R.H. Prince Philip, The Duke of Edinburgh, both had a long history of supporting cricket and England’s national sides. The two were Patrons and honorary life members of the MCC, and showed their support by attending games as often as they could over a 50-year period stretching from the early 1960s through to the first day of the second Ashes Test in 2013."