Rafael Nadal gave a heartfelt confession about how the COVID-19 pandemic affected his tennis as he prepares for a record tenth Rome Masters 2021 title. 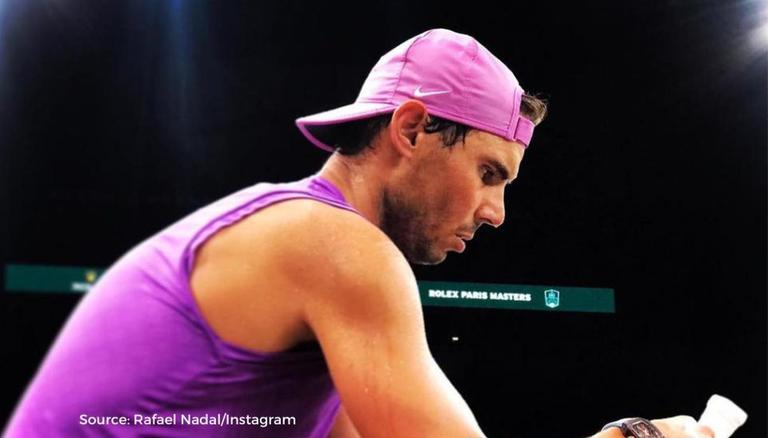 
Rafael Nadal recorded an emphatic win at the Barcelona Open earlier this year after he defeated Stefanos Tsitsipas in the finals. Now, the King of Clay will chase a record-extending 14th Roland Garros title. However, things could have been very different for the 20-time Grand Slam champion as he described in a recent interview. Here is Rafael Nadal's heartfelt confession about how Covid-19 affected his tennis and other details on the 34-year old tennis ace.

After winning the Laureus Sportsman of the Year award for a second time Rafael Nadal reflected on the challenges people faced over the last 12 months. The 34-year-old said that it was a 'tough year' for everyone and there were a number of people who are suffering around the world. Nadal added that "a lot of people have lost a family member" while others have lost "their companies, their job." The Spanish champion has regularly spoken about the difficulties faced by people around the world due to the pandemic and has also offered support through his own foundation, the Rafael Nadal Foundation.

While speaking of himself, Nadal said it was difficult for him to keep going after the lockdown as the circumstances made him think about what the right decision for his career was: if he should keep playing or stop for a little more. He said it was not a "good thing to stop the body dramatically" as it was required for the two months during the lockdown. As a result, Nadal missed the US Open last year. However, he came back with a bang as he won Roland Garros for a record-extending 13th time and moved level with Roger Federer on 20 Grand Slam titles. Nadal's next challenge is at the Rome Masters 2021 as he looks to win his tenth title in Rome.

According to celebritynetworth.com, Rafael Nadal's net worth is estimated to be around a staggering $180 million. The Rafael Nadal net worth can mostly be attributed to the on-court success that has helped him earn an immense career prize money total of $123,843,596 (figures from the ATP website) as well as his earnings from his many endorsement deals. Nadal has many lucrative deals with luxury brands such as Emporio Armani, Babolat, Telefonica, Banco Sabadell, Richard Mille, KIA, Nike, among many others.

READ | Nadal, nearing 35, says retirement not on his mind at all
READ | Lionel Messi sends Rafael Nadal this message despite tennis ace being Real Madrid faithful
First Published: 10th May, 2021 13:31 IST
SUBSCRIBE TO US