Rafael Nadal won over the fans with his fluent French during his post-game interview having clinched a straight-sets win in his Roland Garros opener. 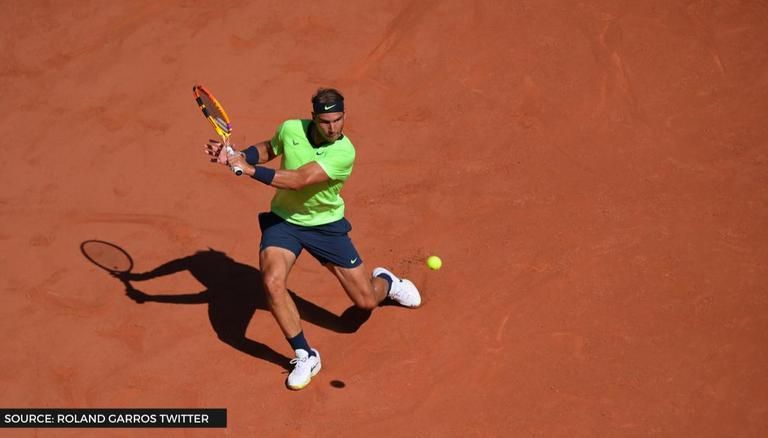 Rafael Nadal survived a scare in his first game of the French Open 2021 as the King of Clay saw the back Alexei Popyrin in straight sets. The 20-time Grand Slam champion was tested by Popyrin but raised his game to bag his 101st win at the Roland Garros. Nadal, who is always the favourite in Paris, won over fans after the game, who cheered him on during the post-game press conference.

While it took Rafael Nadal some time to gain some fluency on the court, off it, Nadal was at his fluent as he interacted with the reporters after the game in French. Fans were in awe of the 20-time Grand Slam time champion's linguistic skills and roared him on as he took questions after his win over Alexei Popyrin. Roland Garros on social media joked that Nadal had picked up some things during his 13 French Open wins, lauding the King of Clay.

While the 21-year-old had conceded the first two sets, he roared back in the third set and had Nadal on the ropes and took a 5-2 lead and fought his way to two break points at 5-4. However, the Spaniard's experience meant that he found a corner out of a tough situation and clawed back to clinch a 6-3, 6-2, 7-6(3) straight-sets win after two hours and 26 minutes.

Thirteen #RolandGarros titles and you pick up a few things. ☺️🇫🇷

Rafael Nadal French Open opponent: Who will Nadal face in round 2?

The next Rafael Nadal French Open opponent will be Richard Gasquet. The Frenchman defeated his fellow countryman Hugo Gaston in straight sets to clinch a place in round 2, where he will take on his nemesis. The duo has battled on court 16 times, with Nadal winning on all occasions. Their latest meeting came in the 2018 French Open round of 32, where Nadal clinched a comfortable straight-sets win. Diego Schwartzman, David Goffin and Dominic Thiem are the only three players who have taken a set from Nadal at Roland Garros since 2016. Nadal's victory over Popyrin also marks his 31st consecutive win at this event, a streak dating back to 2015.

How to watch French Open live in India?