While competing at the Rome Masters 2021 event, tennis aces Rafael Nadal and Serena Williams gave an important update on their Tokyo Olympics participation. 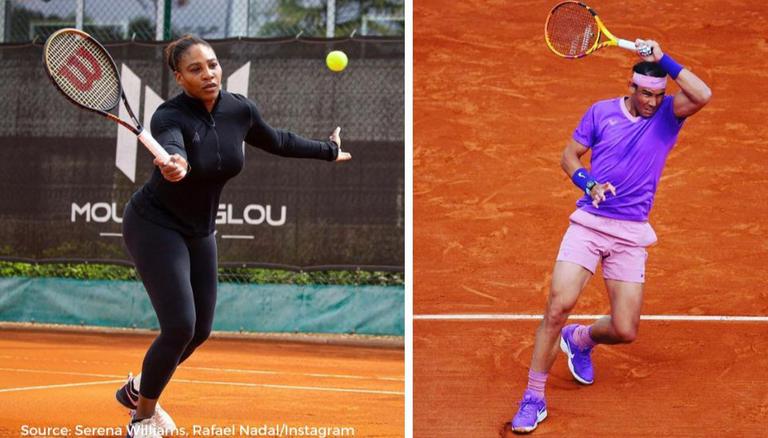 
Both Rafael Nadal and Serena Williams are two of the greatest tennis stars to have ever graced the sport. Nadal is a 20-time Grand Slam champion while Williams has won 23 Grand Slams. Both tennis aces are currently competing at the Rome Masters 2021 to add further glory to their already glittering careers. While competing in Rome, both Nadal and Williams also gave important updates on their Tokyo Olympics 2021 participation.

Tennis aces Rafael Nadal and Serena Williams provided disappointing news for their fans as they said their status for this summer's Tokyo Olympics 2021 was uncertain. Nadal is the only member of the 'Big three' to win a singles gold medal and his absence will certainly be a major blow to the excitement that comes along in such a huge event. The Spanish tennis ace won the singles gold medal at the Beijing Olympics in 2008 and also added a doubles gold medal in 2016 in Rio.

Speaking at the Rome Masters 2021, Nadal said, "Honestly I can’t give you a clear answer because I don’t know. In a normal world, I will never see about missing Olympics, of course. Is no doubt about that. Everybody knows how important have been for me always play Olympics. Under these circumstances, I don’t know."

Similarly, Williams echoed Nadal's concerns about the pandemic and how it has impacted each of their lives. Williams said, "I haven’t really thought much about Tokyo, because it was supposed to be last year and now it’s this year, and then there is this pandemic and there is so much to think about. Then there is the Grand Slams. It’s just a lot. So I have really been taking it one day at a time to a fault, and I definitely need to figure out my next moves."

Three-time doubles gold medal winner Serena Williams said she is uncertain about her Tokyo Olympics 2021 stance because she does not want to be separated from her daughter for three weeks. "I haven’t spent 24 hours without her, so that kind of answers the question itself. I would not be able to go function without my 3-year-old around. I think I would be in a depression. We’ve been together every day of her life," explained Williams. Meanwhile, hometown favourites Kei Nishikori and Naomi Osaka too had earlier cast doubts about their Tokyo Olympics 2021 participation.