Rafael Nadal has started his preparation for his ATP 250 fixture after his arrival in Melbourne. The Melbourne Summer Set is scheduled to begin on January 4. 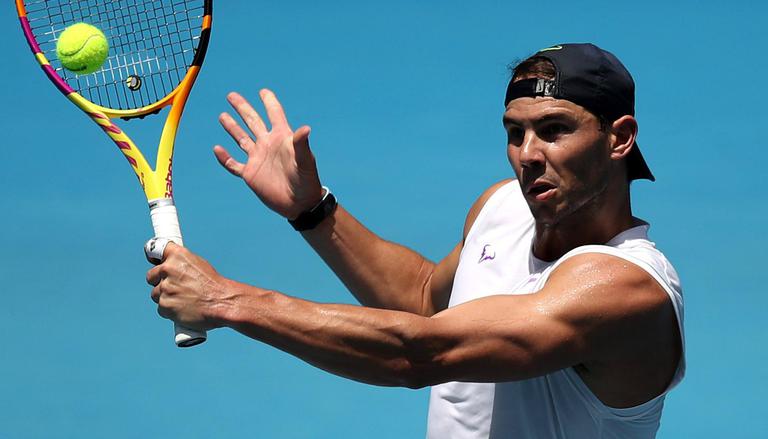 
Spanish tennis legend Rafael Nadal arrived at Melbourne on December 31, ahead of the ATP 250 event, scheduled to be held at Melbourne Park from January 4. The ATP 250 event shares the venue with the upcoming Australian Open 2022, the season-opening Grand Slam tournament. Meanwhile, the Australian Open took to their official Twitter handle on Saturday and shared glimpses of Nadal preparing for his ATP 250 fixture, which will be the 35-year-old’s first ATP Tour event since the Citi Open in Washington, DC, in August 2021. He had been out of action for over four months before making a comeback during the Mubadala World Tennis Championship in Abu Dhabi and tested positive for the COVID-19 virus a few days later.

Having recovered both from his left foot injury and COVID-19, the current World no. 6 will be looking to capture his 89th tour-level title in Melbourne. At the same time, Reilly Opelka,  Grigor Dimitrov, David Goffin, and Nick Kyrgios will also be seen competing in the tournament alongside Nadal. Following the ATP 250 event,  Nadal will be next to his 21st Grand Slam title in the Australian Open 2022, which begins on January 17.

Watch Rafael Nadal practicing ahead of ATP 250 event in Melbourne-

Meanwhile, the decision from the organizers of the Australian Open 2022 to allow only fully vaccinated players to participate in the major tournament has seen withdrawals from players like Novak Djokovic from the ATP Cup in Sydney. Djokovic was scheduled to face Casper Ruud of Norway in the group stage match of the tournament on January 1, however, he withdrew from the tournament in the previous week.
Earlier on December 31, Nadal took to his Twitter handle and posted a picture of him at the court in Melbourne. Nadal captioned the picture, “ Don’t tell anyone… here I am,” which took the internet by storm. Fans were enthralled to see the tennis legend back on the court as they responded with their many reactions.

How did the fans react?

Under the beautiful Australian blue sky, to see Nadal hitting the ball, is a pleasure. It means a lot to tennis fans.

So good to see this legend back on court 💕

So Rafa is here, so exciting 🥳👌