While he may be popular, it is impossible to miss Roger Federer's statistical shortcomings when compared to the likes of Novak Djokovic and Rafael Nadal. 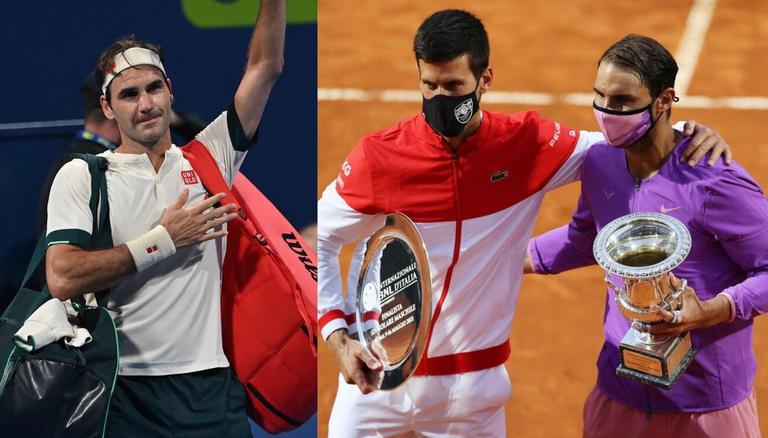 
The complete and unshakable domination of the 'Big Three' has become a defining feature in Men's tennis for the last decade and a half. Having won 58 of the last 70 Grand Slams and dominated the year-end ATP rankings every year from 2004 to 2020 (with the exception of 2016 when Andy Murray sneaked into the list), the trio of Federer, Nadal and Djokovic have created records that may not be broken for many many years to come. However, as recent results show, the moniker itself may be a relic soon, with Roger Federer becoming less and less relevant to the rivalry in the last decade (he has won just 5 of the last 39 Slams).

A rematch of the scintillating French Open 2020 final and a precursor to what may well be the French Open 2021 final, the Rome Masters 2021 final proved to be worth every bit of hype it received. Seeded No.1 and No.2 at the tournament, both Novak Djokovic and Rafael Nadal came into the match with very different seasons behind them. While Nadal won the Barcelona Open and had a good day's rest before his final, Djokovic came into the game having played two matches on Saturday and with a poor clay-court run behind him.

Both players secured early breaks in the first set, which eventually went 7-5 to Nadal. Hoping to scrub all memories of that humiliating defeat to the Spaniard at Roland Garros, Djokovic came back with a spectacular 6-1 win in the second set, taking the final to a decider. Despite having a few chances, the Serbian was once again taken down by the Bull, as he powered through to a 6-3 win in the final set, completing his 10th win in Rome. This triumph also took the Rafael Nadal Masters titles count to a record-equalling 36 Masters 1000 championships. Here are the Nadal vs Djokovic highlights -

Roger Federer falls far behind in the GOAT race

While he may be a strong fan favourite, it is impossible to miss Roger Federer' statistical shortcomings when compared to the likes of Novak Djokovic and Rafael Nadal. Now inching towards 40, the Swiss Maestro's best years are far behind him and even as his well-wishers insist that he will make a strong comeback, his performance on the tour since his return in 2021 has remained uninspiring and may not stand the test of a strong top 5. Most likely, the Wimbledon 2021 will be his swan song, as he retires from the game that he has played professionally since 1998.

In doing so, Federer will step back with a massive 20 Grand Slam titles, 6 ATP Tour Finals title and 28 Masters 1000s. While these may once have seemed like untouchable goals, most of Federer's records have been broken, or are within reach of Djokovic and Nadal. His 20 Grand Slams total has already been equalled by Rafa, who seems unstoppable, at least on clay. With 36 Masters 1000 titles now, both Djokovic and Nadal are way beyond Federer in this regard. Even his long-time record of 310 weeks as No.1 was broken by Djokovic this year, leaving him no chance of ending his reign as the GOAT - except in the fans department.

Nadal vs Djokovic head to head

The Nadal vs Djokovic head to head currently stands at 29-28 in favour of the Serbian. While Novak Djokovic leads with a massive 20-7 margin on hard courts, Nadal has a distinct advantage over Djokovic on his surface of choice, clay, having won 19 of their 26 meetings on the surface. The pair stand at an equal 2-2 on Grass Courts. The Nadal Masters titles stands at 36, the same as Djokovic. However, he would be hoping to reduce another gap, i.e win his 58th majors title at the French Open, as Djokovic leads with 59 of those.