Playing the first of the French Open 2021 Women's singles quarter-finals, Tamara Zidansek has booked herself a place in the semi-finals of the Grand Slam. 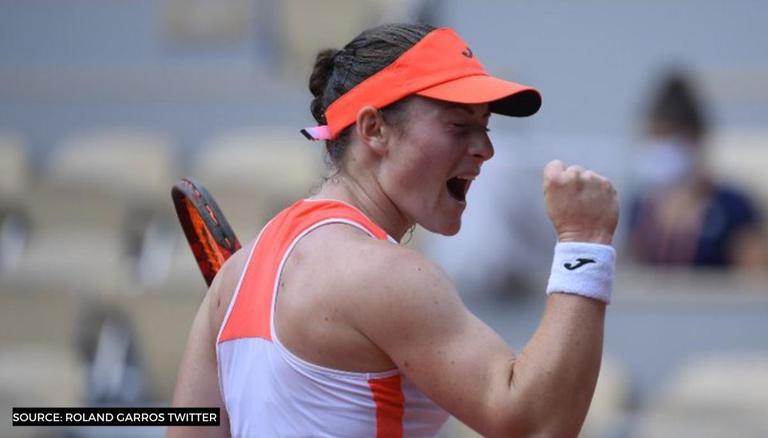 
With the French Open Women's singles bracket reduced to nothing after the eliminations of the top seven seeds, it is going to be a matter of which of the remaining players can hold their nerves enough to get into the semi-finals and then the finals on Saturday, June 12. Apart from Iga Swiatek - who will be playing her second Slam final if she makes it - every other potential finalist will be a first-timer. Hoping to toss her hat into the ring and playing the first of the French Open 2021 Women's singles quarter-finals, Tamara Zidansek has booked herself a place in the semi-finals of the Grand Slam on June 10.

Tamara Zidansek is the first woman from Slovenia to reach a major semi-final. She’ll face either Rybakina or Pavlyuchenkova for a chance to go one step further. #RolandGarros pic.twitter.com/r89dReNULg

In addition to reaching her first Grand Slam semi-final, Tamara Zidansek now also has the high honour of becoming the very first Slovenian to reach this point in a Slam. She eliminated Spanish rival Paula Badosa in a tough quarter-final encounter, winning her spot with a well-fought 7-5, 4-6, 8-6 margin. The nerves were apparent as both players hoped to book their maiden GS semifinal spots, with a massive 15 breaks of serve coming in the match.

Badosa was actually the better player right out the gate, breaking her opponent twice in the first set before losing her momentum and going down 5-7. Getting back at her in set 2, Badosa also recovered from one break down to win 6-4. The decider was also in the Spaniard's hands as she secured an early lead, only to once against give it away and lose the set 6-8. This win should take the Tamara Zidansek ranking of World No. 85 up considerably once the rankings are renewed on Monday, June 14.

With World No. 1 Ash Barty, No. 2 Naomi Osaka, No. 3 Aryana Sabalenka, No. 4 Sofia Kenin, No. 5 Elina Svitolina, No. 6 Bianca Andreescu and No. 7 Serena Williams all out of contention, the French Open Women's singles draw has been thrown wide open to any challengers that can make it through to the finals. The most probable winner in the group is now the defending champion and World No. 8, Iga Swiatek, who has had the most spectacular run at that tournament this year. In her way, however, is Greek sensation, Maria Sakkari.

Going simply by seeding, Elena Rybakina - who defeated Serena Williams in Round 4 - should set up a semi-final meeting with Tamara Zidansek. On the other half of the draw, Swiatek should meet American teen Coco Gauff in the semis. The final is expected to be against Swiatek and Rybakina. Here are the remaining French Open 2021 Women's singles quarter-final draws:

READ | Nadal 'feels lucky' to be in French Open quarter-finals