Russian player Daniil Medvedev reclaimed the no. 1 spot in the ATP rankings while German star Alexander Zverev moved up to a career-best of No. 2. 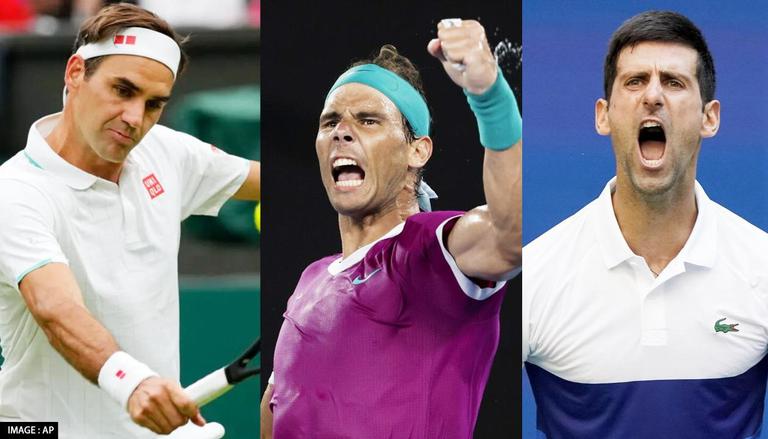 
In a shocking development, the ‘big three’ of men’s tennis - Roger Federer, Rafael Nadal, and Novak Djokovic – have failed to make the top 2 spots in the ATP rankings for the first time in nearly 20 years. The latest ATP rankings that came out on Tuesday, have left Tennis fans around the world surprised as Russian player Daniil Medvedev reclaimed the no. 1 spot while German star Alexander Zverev moved up to a career-best of No. 2 in the rankings. Fans are terming it ‘end of an era’ as the three stalwarts of modern-day tennis, who boast a combined 62 grand slam titles, have failed to make it to the top 2 ATP ranks.

Novak Djokovic held the best of the rest position as he took the no. 3 spot in the ranking. Spanish legend Rafael Nadal stood at no. 4 for the week’s ranking, despite winning the season’s first two Grand Slam tournaments. Meanwhile, Roger Federer dropped down 18 positions to stand at no. 68 in the rankings. This is the first time since 2003, that the top two positions exclude Nadal, Roger Federer and Novak Djokovic.

Daniil Medvedev, who lost the Libema Open final to homegrown Dutch wildcard entry Tim Van Rijthoven, escalated to the no.1 spot in the world of men’s tennis, surpassing his rivals. Meanwhile, Alexander Zverev, who is currently recovering from a horrific injury he sustained during his semi-final game against Nadal, filled the second spot in the rankings. It is pertinent to note that is the second time in 2022 that Djokovic has lost the top spot to Medvedev, as the latter became the 27th player to reach the no.1 spot in the rankings earlier in February.

Medvedev remained at the spot for three weeks before the Serb reclaimed the position, following Medvedev’s loss in the BNP Paribas Open. However, he has once again surpassed the modern-day Tennis legend to take the spot after Djokovic’s points for winning the French Open title in 2021 were dropped off his record on Monday. ATP rankings are based on a player’s top 18 tournament results over the last 52 weeks, which can become 19, if the player participated in the ATP Tour Finals.

The Russian star bagged 7950 points, as per the official website of the ATP Tour, to secure the top spot. Second-placed Zverev has 7075 points to his credit, while Djokovic sits third with 6770 points. Nadal holds fourth with 6525 points and Casper Ruud ranks fifth with 5050 points. Stefanos Tsitsipas, Carlos Alcaraz, Andrey Rublev, Felix Auger-Aliassime, and Matteo Berrettini wrap up the top 10 rankings respectively.