Tokyo Olympics: Andy Murray's withdrawal decision was taken by the Great Britain team after consultation with medical staff in relation to a quad strain. 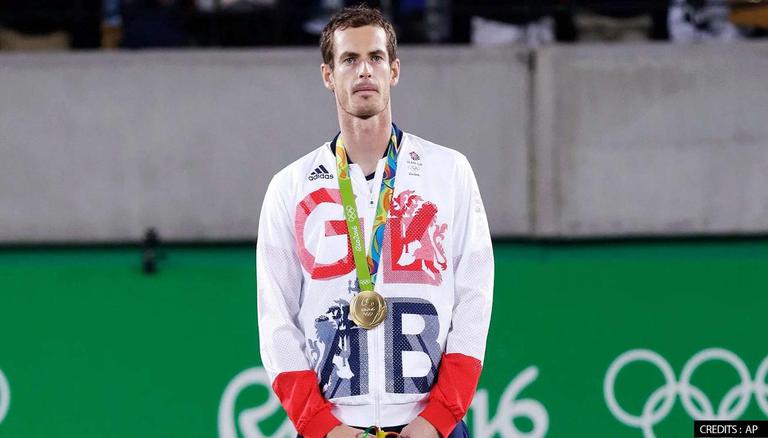 
Andy Murray's quest to defend his Olympic singles gold came to an end after he decided to withdraw from the men’s singles tennis tournament at the Tokyo 2020 Olympic Games owing to an injury. The two-time Olympic gold medallist, however, will continue to compete for Team Great Britain in the men’s doubles tournament with Joe Salisbury. The former three-time Grand Slam winner was scheduled to take on Canadian player Felix Auger-Aliassime in the opening match.

Team Great Britain in its statement has said that the withdrawal decision was taken after consultation with medical staff in relation to a quad strain. Murray, who won gold at London 2012 and Rio 2016 in singles, withdrew and was replaced by Australia's Max Purcell.  Andy Murray also issued a statement in which he said: “I am really disappointed at having to withdraw but the medical staff have advised me against playing in both events, so I have made the difficult decision to withdraw from the singles and focus on playing doubles with Joe.” On Day 1 of the competition, Murray and doubles partner Joe Salisbury, who was unseeded, upset the No. 2-seeded French Team of Pierre-Hugues Herbert and Nicolas Mahut in a straight-sets victory.

🙁 Out of the men's singles

😊 Carrying on in the doubles#TeamGB #Tokyo2020

Despite being the only tennis player to win back-to-back singles titles in Olympics, Murray has not been at his best on the ATP circuit having suffered from hip issues the past few years which required surgeries. He's currently ranked No. 119 in the world and did not directly qualify for the Tokyo Olympics, instead, he received an invitation reserved for former Olympic or Grand Slam tournament winners.

READ | Tokyo Olympics: No medals for Team USA on Day 1 for the first time since 1972 Munich games

Murray's withdrawal from the singles competition means that the new Olympic champion will be crowned and Novak Djokovic is the favourite to win the gold. Djokovic's best performances include winning a bronze medal at the 2008 Beijing Olympics. However, if the Serbian goes onto win the gold medal then he will have the chance to become just the second player to win a Golden Slam. He will achieve the feat if he wins US Open after Tokyo Olympics glory.