Juan Martin Del Potro, who has beaten Novak Djokovic twice in Olympics, took a cheeky dig at his Serbian rival as he told him "this time you have your chance" 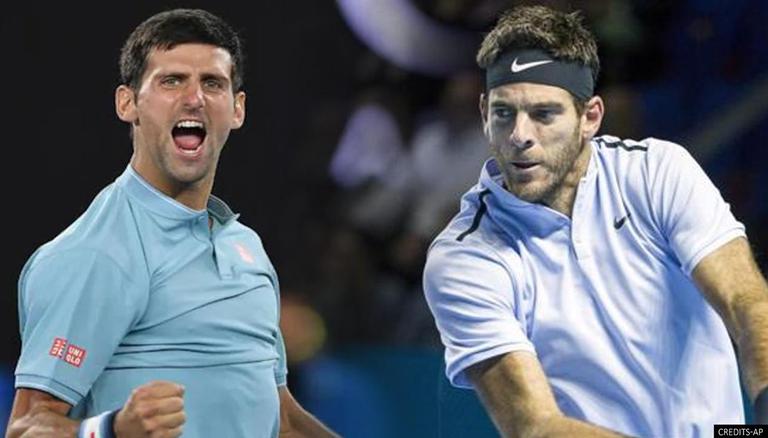 20-time Grand Slam champion Novak Djokovic is on his way to Tokyo to compete in the Olympics as he has his eyes set on winning a Golden Slam. Earlier this year, Djokovic won the Australian Open, French Open and Wimbledon. However, one piece of silverware that Djokovic has never won is the Olympics gold medal (Djokovic won Bronze in 2008). As a result, Argentina's Juan Martin Del Potro took this opportunity to tease the Serbian ahead of the Tokyo Olympics.

Novak Djokovic is in the form of his life as not only has he maintained the world number one ranking throughout the 2021 season, but he has also won three consecutive Grand Slams in an immaculate fashion. This could be Djokovic's best chance of winning the gold at the Tokyo Olympics as arch-rivals Roger Federer and Rafael Nadal have opted out of the showpiece event. Federer withdrew from the marquee event due to another issue with his knee, whereas Nadal withdrew because of fatigue.

One of the primary reasons behind Novak Djokovic's failure to win a gold medal at the Olympics has been to overcome the challenge of Juan Martin Del Potro. Out of Djokovic's four Olympics appearances, the Serbian has lost twice to the Argentine. Against all odds, Del Potro got the better of Djokovic at both the 2012 London Olympics and the 2016 Rio Olympics.

Remenicising his victories over Djokovic, Del Potro took a cheeky dig against one of his major rivals. With the Argentine not present at the Tokyo Olympics, Del Potro told Djokovic that this was perhaps his best opportunity at winning the gold medal. The 2009 US Open winner responded to an Instagram post put out by Djokovic in epic fashion.

While speaking to reporters, Novak Djokovic made his intentions clear of hoping to win the gold medal at the Tokyo Olympics before going to the US Open to complete a Golden Slam (4 Grand Slams + Olympics Gold). As quoted by Montenegro’s MINA news agency, Djokovic said, "The Olympics and the US Open are obviously my biggest objectives for the remainder of the season, and it’s going to be demanding. But I am full of confidence and motivated to represent Serbia in the best possible way. I am yearning for a medal in Tokyo, hopefully, gold, and then I’ll go to New York aiming to complete it all."