Sumit Nagals has been eliminated from the ongoing Tokyo Olympics after suffering a 2-6, 1-6 loss in straight sets to current World No. 2 Daniil Medvedev 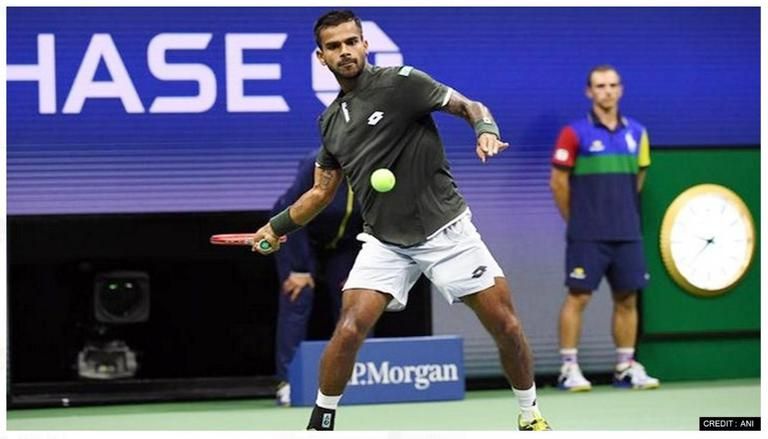 
Sumit Nagal has been knocked out from the ongoing Tokyo Olympics 2020 after going down to Russia's  Daniil Medvedev  2-6, 1-6 in straight sets during the second round of the men's singles tennis match on Monday.

Sumit Nagal, who became the first Indian to win a men's singles tennis match at the Olympics since Leander Paes in the  1996 Atlanta Olympics by getting the better of Uzbekistan's Denis Istomin 6-4, 6-7, 6-4 in a tightly contested match in the first round on Saturday was no match for his Russian counterpart as Daniil Medvedev gave him no chance of making a comeback by any means.

Even though the 23-year-old fought valiantly but it was just not enough to keep the reigning world number 2 down as he comfortably overcame the Haryana tennis sensation to qualify for the next round.

Sumit Nagal's loss ends India's medal contention in tennis as the country's wait for a podium finish in the sport prolongs ever since the iconic Leander Paes had clinched bronze at the 1996 Atlanta Games.

Leander Paes had qualified for the semi-finals in the men's singles category and was just two steps away from doing the unthinkable. However, a 7-6,6-3 loss to former world number 1 and eventual gold medalist Andre Agassi meant that Paes was not eligible to compete in the gold medal match.

He then made up for it in the loser's final i.e. the bronze medal match by getting the better of Brazil's Fernando Meligeni 3-6,6-2,6-4 and won the third-biggest prize of the prestigious tournament.

On Sunday, the duo of  Sania Mirza and youngster Ankita Raina were eliminated from Tokyo Olympics after their 6-0, 6-7, 8-10 defeat to Ukraine's Liudmyla Kichenok and Nadiia Kichenok in their first-round match of the women's doubles.