Watch Swiss tennis legend Roger Federer making an appearance at the center court, during his return to the Wimbledon Championships, on Sunday. 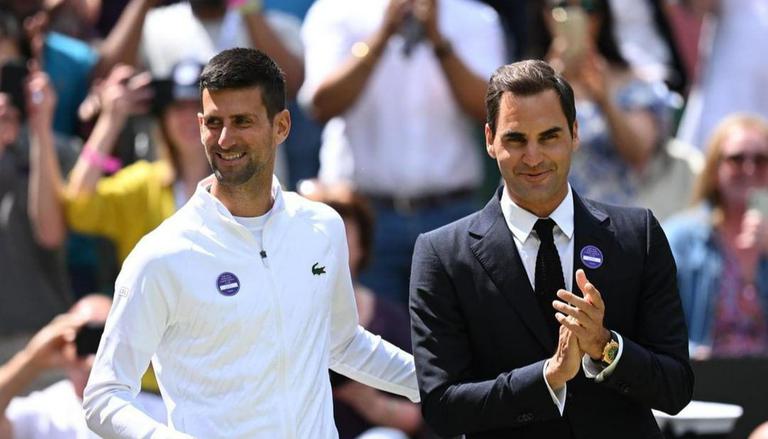 
20-time Grand Slam champion Roger Federer made his long-awaited return to the Wimbledon Championships centre court on Sunday, as the All England Club celebrated the centenary of the Centre Court. The Swiss tennis great is an eight-time Wimbledon champion, which is a record in men’s singles event. However, Federer is not playing in the grass-court Grand Slam tournament for the first time in his career, since his debut in 1999.

Meanwhile, as Federer returned to the Wimbledon Championships on Sunday, he received thunderous applause from the spectators and fellow players in the stadium. Following his entrance, Federer stood alongside the No. 1 seed for the Wimbledon 2022 Novak Djokovic. Both players were then spotted smiling and exchanging a few words.

It is pertinent to mention that both Federer and Djokovic and currently tied at 20 Grand Slams titles each. During his entrance, Federer went past the 22-time Grand Slam champion Rafael Nadal, former World No. 1 Andy Murray, women’s tennis legend Venus Williams and others. Interestingly, Federer has been out of action since his last appearance at Wimbledon last year. Novak Djokovic, on the other hand, is scheduled to face Jannik Sinner in the Wimbledon 2022 quarter-final on Tuesday.

The 40-year-old faced a straight-set defeat at the hands of Hubert Hurkacz in the quarter-final of Wimbledon 2021. As the Centre Court completed its 100-year anniversary, the All England Club celebrated the occasion ahead of play on the main court on Sunday. At the same time, the organisers also informed that they introduced the first-ever Middle Sunday with play, as part of the new tournament schedule.

READ | Where does Rafael Nadal stand with Djokovic & Federer after in all-time Grand Slam list?

'I can come back one more time', says Roger Federer on his Wimbledon ambitions

While attending the special ceremony, Federer revealed that he wants to play at Wimbledon one more time, despite being on the sidelines for over a year due to his injury.  "I hope I can come back one more time. I've missed it here," Federer said. Dressed in a black suit, Federer was one of the Wimbledon Champions to attend the event.

Who else was present at the special ceremony?

Other previous winners to attend the event were Billie Jean King, Margaret Court, Petra Kvitova, Martina Hingis, Chris Evert, and Venus Williams. At the same time, former men’s winners John McEnroe, Bjorn Borg, Chris Evert, Andy Murray, and Goran Ivanisevic also graced the event. Having said that, Federer is expected to return to action during the Laver Cup in London in September before participating in his home tournament in Basel.