What Happened To Naomi Osaka? Why Did Naomi Osaka Withdraw From French Open 2021?

What happened to Naomi Osaka? Earlier on Monday, the 23-year-old announced her decision to withdraw from the 2021 French Open, citing mental health issues. 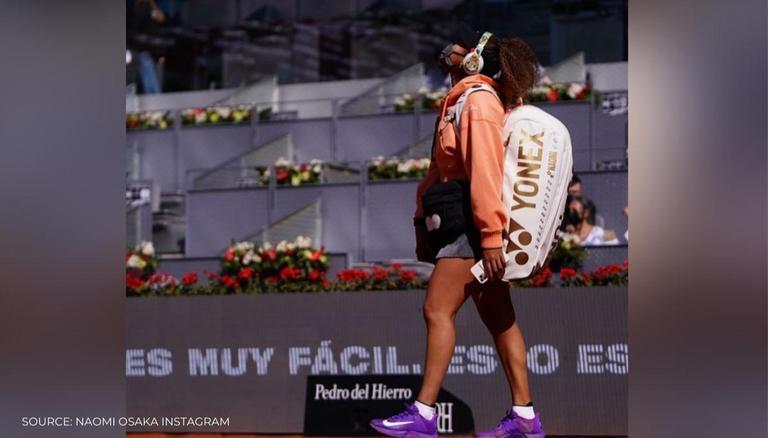 Earlier on Monday, four-time Grand Slam champion Naomi Osaka announced that she was withdrawing from the 2021 French Open. The 23-year old secured a rather comfortable 6-4, 7-6 win over Patricia Tig in the first round of the event on Sunday and was due to face Ana Bodgan on Wednesday. Osaka took to social media to confirm her withdrawal from the Grand Slam following the bitter fall-out from her decision to boycott all media activity at the Roland Garros. Here is more on what happened to Naomi Osaka and the Naomi Osaka French Open controversy impact -

On the eve of the 2021 French Open, Osaka claimed that certain post-match inquests were akin to “kicking people when they are down” and that they had a detrimental effect on her mental health. The tennis sensation then stated that she would boycott her media duties at Roland Garros. Although the Grand Slam organisers did not pay to the Naomi Osaka mental health confession by stating that she will face 'substantial fines' and even potential future suspensions from major tournaments if she continues not to fulfil her press obligations, Osaka chose not to get affected by it.

anger is a lack of understanding. change makes people uncomfortable.

The Japanese-born superstar agreed to do her on-court interview on Saturday after beating Patricia Maria Tig in the first round but then refused to attend her post-match press conference. However, on Sunday, she was then fined $15,000 for skipping the post-match news conference after her first-round victory at the French Open. Just a day later, Osaka announced her decision to take a break from the competition, which answers the 'Why did Naomi Osaka withdraw from French Open 2021?' query.

In a statement on Instagram, Osaka wrote, “I never wanted to be a distraction and I accept that my timing was not ideal and my message could have been clearer. More importantly, I would never trivialize mental health or use the term lightly.” Osaka went on to reveal that she’s suffered from “long bouts of depression” since the US Open in 2018, in which she beat Serena Williams in the final, and has had “a really hard time coping with that.”

She added, "In Paris, I was already feeling vulnerable and anxious so I thought it was better to exercise self-care and skip the press conferences. I announced it preemptively because I do feel like the rules are quite outdated in parts and I wanted to highlight that.”

Later on Monday, French tennis federation president Gilles Moretton admitted he “was sorry and sad" that Naomi Osaka had decided to withdraw from Roland Garros. On the eve of the tournament, Moretton had claimed that Osaka’s decision not to attend mandatory press conferences was a “phenomenal error".

Osaka has never been past the third round on the French Open's red clay. It takes seven victories to win a Grand Slam title, which she has done four times at hard-court tournaments, the US Open in 2018 and 2020; the Australian Open in 2019 and this February.