Calls to boycott the 2022 Winter Olympics in Beijing, China, is growing louder since the mysterious disappearance of Chinese tennis star Peng Shuai. 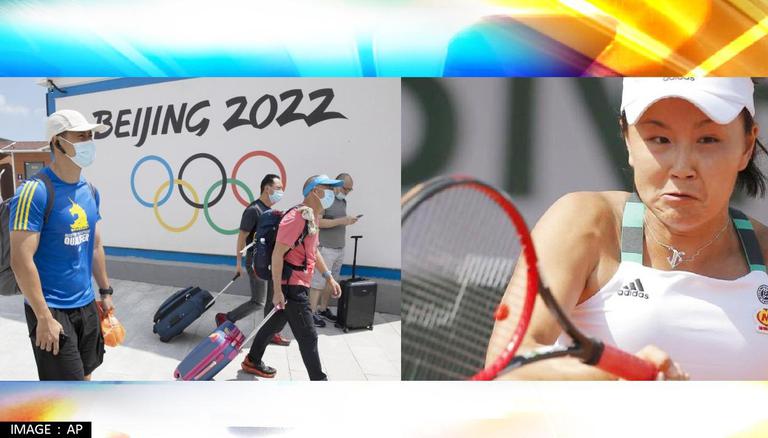 
Calls to boycott the 2022 Winter Olympics in Beijing, China, is growing louder since the mysterious disappearance of Chinese tennis star Peng Shuai. The momentum has gained pace on social media, where people from all over the world are demanding answers from the Chinese authorities with the hashtag #WhereIsPengShuai; and are also calling for the boycott of the Games. Peng had gone missing after she shared a post on Chinese social media platform Weibo, where she accused the former vice premier, Zhang Gaoli, of sexual assault.

The #Beijing2022 Winter Olympics will take place amidst widespread abuses in the Uyghur Region, Tibet and Hong Kong.

IPAC has led actions across 10 parliaments calling for officials not to attend the games.

Join us in calling for a full diplomatic boycott now.#NoRightsNoShow pic.twitter.com/vOgaycYra3

I love figure skating and I get what you’re saying but it’s becoming more obvious every day just how evil China is. #WhereIsPengShuai #BoycottWinterOlympics

I'm going to not watch the Winter Olympics as a protest against genocide. #WinterOlympics #BoycottWinterOlympics

#PengShuai if all sports people stand together #boycottwinterolympics ,#BoycottBeijing2022 ,#BoycottChina ,humiliation will be more powerful than economic and diplomatic sanctions. #sporthasthepower. support sports people to make a stand.

US President Joe Biden on Thursday said that his country is considering a full diplomatic boycott of the Winter Olympics in Beijing, where no US public or political official would attend the event. However, Biden cited the human rights violations in Xinjiang and Hong Kong as reasons behind the idea. But many believe that the action will have no direct effect on China or its policies, calling it a mere gimmick. The US Olympic and Paralympic Committee said that the decision to boycott the Games will only cause uncertainty amongst athletes.

The United States must implement a complete and total boycott of the Beijing Winter Olympics.

The threat to our athletes and China’s crimes against humanity leave us no other option. pic.twitter.com/lSLvKhJPMd

The US considering a diplomatic boycott of Games

The Chinese state media on Saturday shared two video clips of Peng, showing the tennis star at a restaurant. The purpose of the video was to convince the world that Peng is safe and free in China. After the videos were published, WTA Chairman and CEO, Steve Simon issued a statement saying, "While it is positive to see her, it remains unclear if she is free and able to make decisions and take actions on her own, without coercion or external interference." Earlier, the same media organisation had released a statement on behalf of Peng, saying that the accusations she had made were untrue and that she is safe in her home country.

READ | Where is Peng Shuai? Why isn't the IOC speaking out?

What happened to Peng Shuai?

Peng had accused the former Chinese Vice Premier Zhang Gaoli of forcing her into having sex with him in what she described as a brutal sexual assault incident that occurred almost three years ago and left her emotionally and mentally wrecked. In a since-deleted social media letter that she posted on Chinese social media platform Weibo on November 2, the athlete made #MeToo allegations against the 75-year-old ex-member of Chinese President Xi Jinping’s powerful Chinese Communist Party. Peng went missing after sharing the post on social media.

Several superstars from all over the world, including tennis legends Roger Federer, Serena Williams, and Novak Djokovic, have since raised their voices to demand the prompt release of Peng.