Zverev Vs Tsitsipas Live: How To Watch French Open 2021 Semifinals, Prediction And Preview

Alexander Zverev will go up against Stefanos Tsitsipas in the first French Open 2021 semifinal. Here are the Zverev vs Tsitsipas live stream details and preview 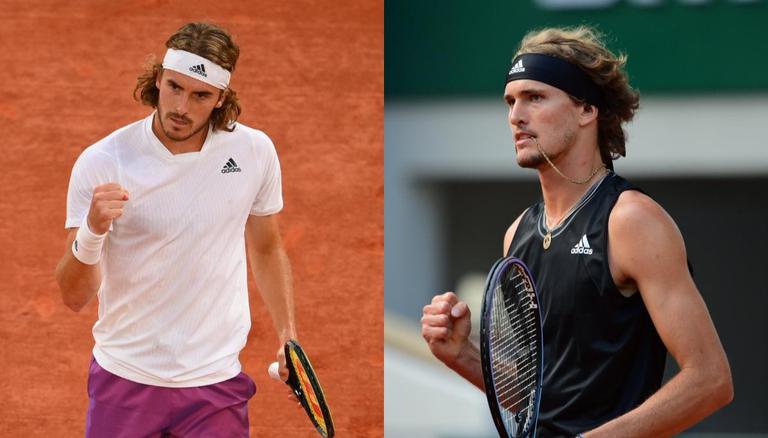 An epic battle of the ATP Next Gen awaits fans, as two of the tour’s most successful youngsters fight it out for a place in the French Open 2021 final. It's been an impressive year for Alexander Zverev who has already taken home two titles - at Acapulco and Madrid - along with reaching the quarter-finals in Rome, Bavaria and at the Australian Open this year. Armed with a killer serve, Zverev will hope to avoid the same mistakes he made when he lost a 2-0 lead at the US Open final last year.

Meanwhile, the current leader for the Race to Turin, Stefanos Tsitsipas is having one of his best seasons on the tour. The Greek star started off his season with back to back semi-final runs at the Australian Open and the ATP Rotterdam. A finals appearance at the Mexican Open and another QF at Miami led to Tsitsipas's first title of the year at the Monte Carlo Masters. He is coming into this slam with a final at Barcelona and a title win at the Lyon Open.

While he may not be battle-hardened like Zverev, Tsitisipas has had to overcome a much tougher draw at the French Open and has done so with just one set loss, whereas he will be Zverev's first seeded opponent. This, combined with his consistency could make him a favourite to win this match. The winner of this match will go on to play a formidable opponent, with either Novak Djokovic or Rafael Nadal coming into the final opposite them on Sunday.

READ | Zverev speaks up for banned journalist at French Open

How to watch French Open semifinals live in India? Zverev vs Tsitsipas channel on tv

This will be the eighth career singles meeting between Alexander Zverev and Stefanos Tsitsipas. While the current Zverev vs Tsitsipas h2h record stands at 5-2 in favour of the Greek, this will be entirely new territory for him, compared to Zverev who already has one Slam final under his belt. While the sole clay-court match between them - at the 2019 Madrid Open - went Tsitsipas’ way, the latest encounter was won by Zverev during the final in Acapulco.

While Zverev, on one hand, seemed the more natural clay-court player, Tsitsipas, has proven himself on the surface this season. With not much separating them by way of stats, in the end, it will come down to who can stay composed in the difficult moments, with Zverev prone to double faults and errors and Tsitsipas never having made it past a Grand Slam semi-final. We predict a five-set win for Tsitsipas.