14-time Champion Triple H Back At WWE After Recovering From Heart Problems: Report

14-time WWE World Champion Triple H is reportedly back at WWE after recovering from the heart problems that led him to take almost a year-long break. 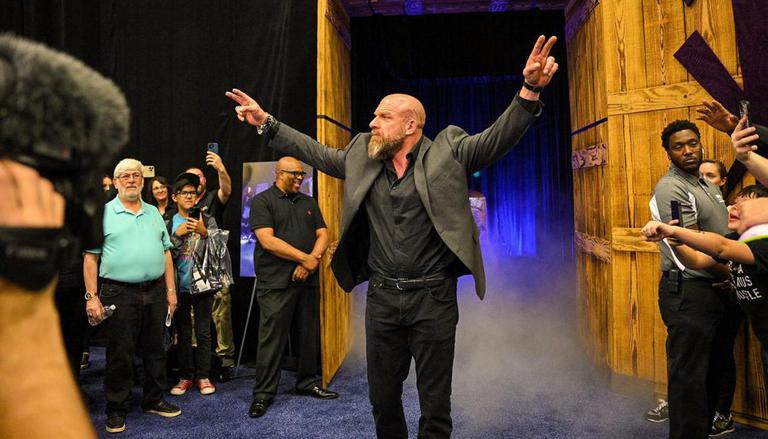 
14-time world champion with WWE, Triple H is reportedly back at his position in the backstage management of WWE, having recovered from the heart issues that he suffered last year. The 52-year-old wrestler was hospitalized in 2021 due to a cardiac event caused by a genetic heart issue. Known as one of the greatest professional wrestlers of his time, Triple H has been serving as the executive vice president for Global Talent Strategy & Development of WWE and also as the executive producer of the NXT.

A report from POST Wrestling’s John Pollock suggested that the former wrestler returned to the WWE Performance Center in Orlando and while speaking in a meeting, he said, “I’m back”. Although it’s uncertain what that exactly means, it is understandable that the legend is announcing his return to a prominent backstage role.

Revealing the news, John Pollock tweeted, “According to multiple sources, Paul Levesque was in Orlando today and spoke at the Performance Center. Of the people I heard from, Levesque stated "he's back" - it is unknown what that entails but that was the wording I was given”.

READ | WWE Raw: Is Rhea Ripley injured? Why did she pull out of Money in the Bank vs Belair?

In his absence, veteran wrestler Shaun Michaels reportedly took over his duties, especially becoming the go-to guy for NXT’s developing talents. However, Triple H’s return comes almost a week after Vince McMahon stepped back from his role as the CEO and Chairperson of WWE. McMahon is currently under investigation by the WWE board, for an alleged secret USD 3 million hush money settlement towards an ex-WWE employee, with whom he had an affair.

More about the investigation on Vince McMahon-

Triple H’s wife and Vince McMahon’s daughter Stephaine has taken over the role vacated by her father. Triple H made his last appearance in WWE, during the second night of WrestleMania 38 when he opened the show and formally confirmed his in-ring retirement. Opening the event, the 52-year-old thanked WWE fans at the AT&T Stadium in his trademark fashion before leaving a pair of his boots on the ring, symbolizing his retirement.