Brock Lesnar first run with the WWE title is ended at 503 days, however, Roman Reigns is close to reaching the record and will equal it on January 17, 2022. 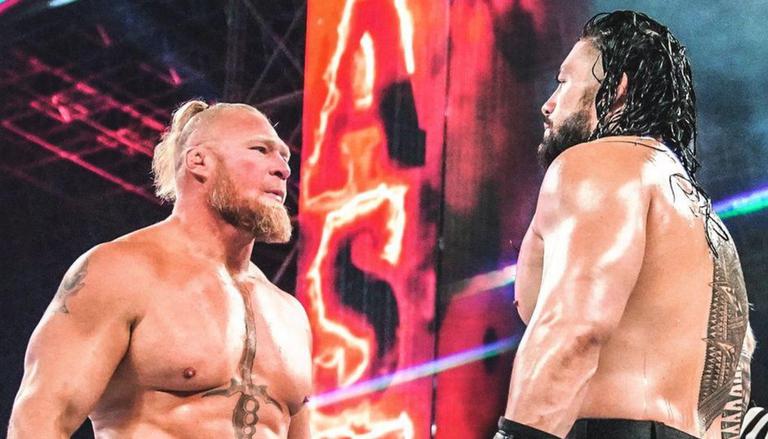 
The WWE Day1 pay-per-view event will have some blockbuster matches to look forward to with Roman Reigns vs Brock Lesnar match being the match that all fans will have their eyes on. Both the wrestlers have been clashing against each other for quite some time with their last bout being during the Crown Jewel event. However, the storyline between the two ahead of the WWE Day 1 has seen some interesting twists with the latest one being Roman Reigns superman punch on Paul Heyman.

Brock Lesnar who returned from suspension will start as an underdog against Roman Reigns. However, apart from aiming for the title, the former Universal Champion Lesnar will be aiming to keep hold of the record. The Beast's first run with the WWE title is ended at 503 days, however, Roman Reigns is close to reaching the record and will equal Brock Lesnar's record on January 17, 2022, and break it the following day. If Roman Reigns does manage to beat Brock Lesnar at WWE Day 1 and keep hold of the title, then he is likely to defend the Universal Title at Royal Rumble which isn't until January 30, 2022. By that point, the record will have already been broken.

READ | Brock Lesnar goes on rampage at WWE SmackDown, smashes everyone in his path

Edge vs. The Miz - Singles Match

How to watch the WWE Day 1 live broadcast in India?

WWE Day 1 will be live-streamed on the SonyLiv app.