AEW president Tony Khan has slammed Vince McMahon over reports about the WWE boss ripping up scripts of WWE Monday Night Raw on the day of the shoot. 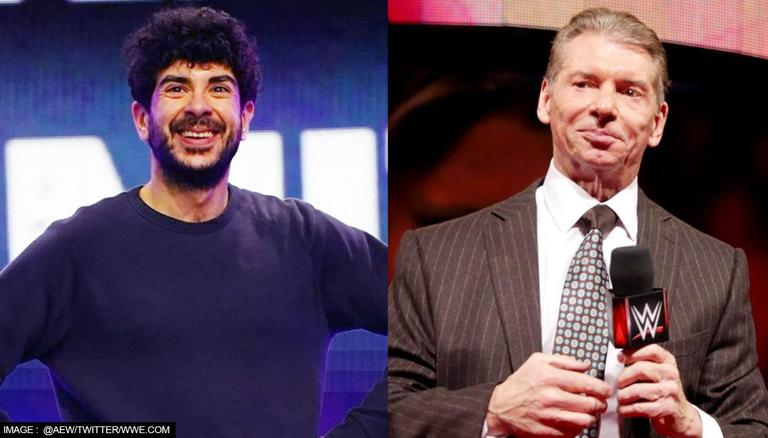 
The All Elite Wrestling president Tony Khan has heaped criticism on World Wrestling Entertainment boss Vince McMahon for his habit of ripping up scripts of WWE Monday Night Raw on the day of the show. McMahon has been accused of claiming that he changed the scripts of the WWE Raw just hours before the show begins. Meanwhile, as per Wrestling Inc, in a recent conversation with Forbes, Tony said he works to his maximum on weekends to make sure each of AEW’s weekly segments goes as planned.

“To be honest, when I hear about somebody going in, and they have a TV show on Monday that they rip up. My first thought is, ‘what were you doing all weekend?’ I have to come in with a plan for Wednesday, and Friday night, I want to make sure Dynamite’s great, and Rampage,” the AEW owner said before adding that the final decision always lies on him.

'You should have approved it,' says Tony Khan

“So, I don’t do everything myself, but I do make the final decision on everything. I put the format together, I put an outline of what the show is going to be for Dynamite and Rampage, I write it by hand,” he said. Further taking a dig at the 76-year-old WWE CEO McMahon, Tony said, “I don’t understand why you’re going to come in and rip up a show that you have a pretty good idea of what it is. And you should have approved it, where Monday, we know what we’re doing.”

Naomi and Sasha Banks walk out of WWE Raw

Meanwhile, on the recent episode of WWE Raw, the women’s tag team champions Sasha Banks and Naomi left the arena after they were informed about the main event – a six-women tag team match. This happened in the middle of the broadcast and sparked fresh speculations about a rift with the promotion. WWE later issued an official statement regarding the same and said, “During the broadcast, they walked into WWE Head of Talent Relations John Laurinaitis office with their suitcases in hand, placed their tag team championship belts on his desk and walked out”.

“They claimed they weren't respected enough as tag team champions. And even though they had eight hours to rehearse and construct their match, they claimed they were uncomfortable in the ring with two of their opponents even though they'd had matches with those individuals in the past with no consequence,” WWE added. The promotion also mentioned that WWE Monday Night Raw is a scripted live television show, whose characters need to do as they are told to in their contract.