As 'The Rock' Marks 25th Anniversary Of WWE Debut, A Look At His ​5 Best Matches

Dwayne 'The Rock' Johnson made his WWE debut on November 17, 1996, and in current times he is regarded as one of the best pro-wrestlers to step inside the ring. 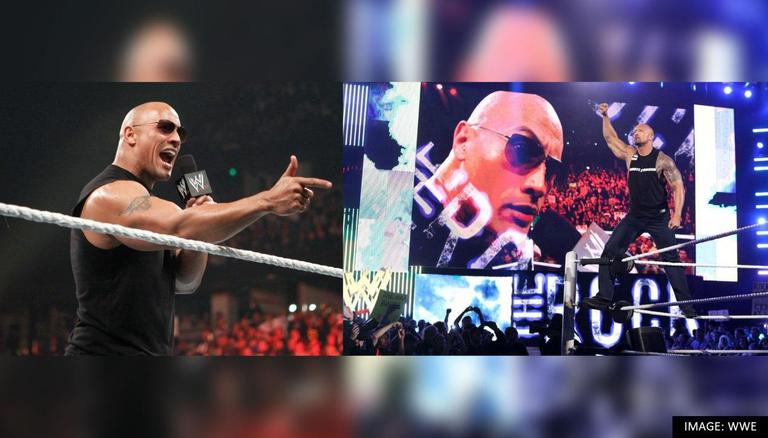 The Rock vs Steve Austin at Wrestle Mania 17

The main event at Wrestle Mania 17, held on April 1, 2000, featured The Rock vs Steve Austin clash, which is arguably Rock’s most impressive match of his WWE career. At this point in time, the infamous Attitude Era of WWE was at its peak, and when the two legitimate icons faced off each other. Both wrestlers delivered a classic match as Rock went on to defeat Steve Austin.

The Rock vs The Undertaker vs Kurt Angle at Vengeance

READ | India vs New Zealand T20: Venkatesh Iyer has a 'special' request for WWE's The Undertaker

The Rock vs Brock Lesnar at Summerslam

A month after becoming the WWE champion, Rock entered his dream match against Brock Lesnar. At the time, Lesnar was being built as WWE’s next superstar and during the match, Rock happily took the defeat which rightfully made Lesnar the WWE Champion. The Rock was mostly underrated during his career, regarding his losses in order to promote other talents.

The Rock vs John Cena at Wrestlemania 28

The Wrestlemania 28 in 2012, witnessed the rivalry between The Rock and John Cena, as The Rock’s return to WWE in 2011, set up a year-long build-up for the singles clash against Cena. During the event, Rock delivered a phenomenal show and went on to win the match. Courtesy of the fight, WWE set box office records as the match brought in loads of interest from fans.

The Rock vs Steve Austin at Backlash 1999

The Rock’s rivalry with Steve Austin started in the early years of Rock’s career at WWE, and it became one of the hottest storylines in 1999. Shane McMahon made an appearance as a guest referee during the match in order to give Rock an advantage. However. the match saw Austin successfully defend his WWE Championship as it turned out to be the best version of an Attitude Era match.

WE RECOMMEND
Will The Rock make an appearance at WWE Survivor Series 2021? Roman Reigns answers
The Rock vs Roman Reigns in WWE: Dwayne Johnson comments on possibility of dream match
'Red Notice' star Dwayne Johnson reveals he wants to be the next James Bond
Dwayne Johnson is not Santa Claus in Christmas movie 'Red One', clarifies ​producer
Dwayne 'The Rock' Johnson recalls WWE debut 25 years ago; 'my awful haircut'
Listen to the latest songs, only on JioSaavn.com