Bray Wyatt, aka The Fiend, was a wrestler with World Wrestling Entertainment (WWE) for over 12 years and has now decided to become an actor. 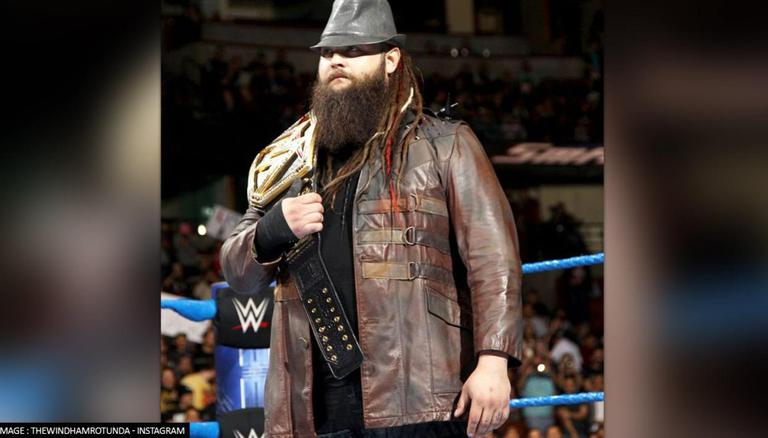 
Bray Wyatt aka The Fiend was a wrestler with World Wrestling Entertainment (WWE) for over 12 years until he was released by WWE on July 31, 2021. However, that isn't holding Wyatt, who does by his actual name is Windham Rotunda, as he is now moving to Hollywood. He is currently working on his first feature film since leaving WWE.

He made the move to acting with his collaborator and friend Jason Baker who is also a makeup effects artist. Jason told Metro.co.uk: "He's a phenomenal collaborator, he's become a really good friend, and we're actually – you're the first person that we're publicly telling about this. We're starting a film at the end of the month."

He then explained what the movie is about in terms of genre and described it as a mixture between Ichi the Killer and Xanadu. Jason added: "It's a feature film and it's something really new and different. I'd say probably the best way to describe it is 'Ichi the Killer' meets 'Xanadu.' "

The filming for the WWE star's movie is set to begin sometime towards the end of November in Tennessee. Jason and Windham were spotted at a Warner Bros. movie lot and Jason explained that they had some meetings and things have moved forward so they will start the filming at the end of the month. He said: "We had some meetings out there and things happened and things got moving forward, and now we're going and shooting this feature film with him at the end of the month."

Jason categorically said that Windham's character for the movie will be completely different from that of his Bray Wyatt character from WWE or even The Fiend. He explained: "We're not using any of that – we're going in a completely different direction, a whole new thing. It should be fun. Hopefully fans of horror and fans of Windham like it!"

It will be interesting to see how it plays out as he is not the first wrestler to move on to Hollywood as the likes of The Rock aka Dwayne Johnson, John Cena, and David 'Dave' Bautista have had very successful careers as actors.

WE RECOMMEND
Where is Bray Wyatt headed next after WWE release? Cryptic tweet fuels speculations
'Angry' Seth Rollins warns fan for a major accusation against him: 'Don't cross that line'
The Rock vs Roman Reigns in WWE: Dwayne Johnson comments on possibility of dream match
WWE releases: Full list of more than 120 wrestlers let go by Vince McMahon since 2020
WWE Legend Sabu says he wish to come out of retirement only to fight Brock Lesnar
Listen to the latest songs, only on JioSaavn.com