Ronda Rousey and Travis Browne were first linked in 2015, and Browne popped the question two years later (2017) under a waterfall in New Zealand. 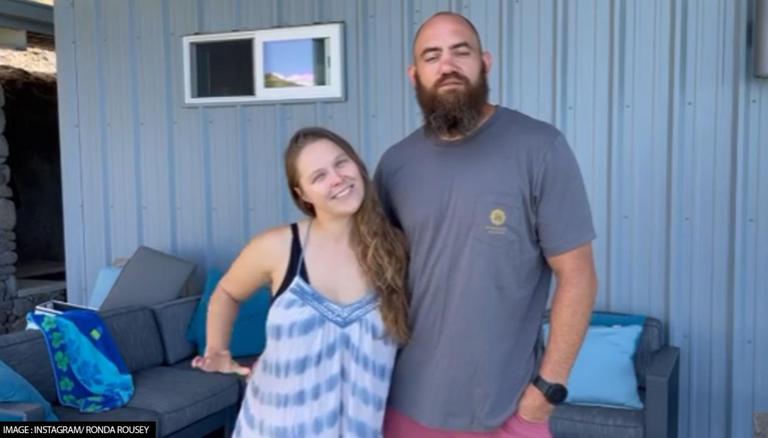 
UFC star and former WWE Women's Champion Ronda Rousey and Travis Browne recently became parents and welcomed their first child together. The couple on Tuesday posted a picture on their respective social media accounts and revealed the name of their daughter. Back in April this year, Ronda Rousey and Travis Browne through their Instagram, had announced that Rousey was pregnant.

The UFC star in the video revealed that she came to know that she was pregnant in the month of January and that she couldn't hide her bump anymore. Through her video, Ronda gave fans and followers a glimpse into her doctor's appointment and also shared her baby's heartbeats. In her captions, she revealed that "the baddest baby" would be coming in September and that she was really excited to share the news with her fans.

In the latest post shared by Ronda Rousey and Travis Browne on their respective social media handle, they revealed the name of their newly born child. The couple has named their daughter  'La'akea Makalapuaokalanipō Browne'. The unique name is Hawaiian, mirroring Browne’s heritage as he hails from Honolulu. Apart from the name, the couple did not share any further details about their daughter.

According to news.com.au, the couple welcomed the newborn baby into the family after getting married four years back. Ronda Rousey and Travis Browne tied the knot in Hawaii in August 2017. The report states that the couple were first linked in 2015, and Browne asked Rousey to marry him two years later under a waterfall in New Zealand. While this is Rousey’s first child, Browne has two kids, Kaleo and Keawe, with ex-wife Erin Browne.

Coming to Ronda Rousey's record in MMA and UFC, the fighter holds a 12-2 record in MMA and a 6-2 record in UFC. She has not competed under the UFC banner since her 48-second knockout loss to Amanda Nunes at UFC 207 in December 2017. After suffering back to back devastating losses to Nunes and Holly Holm, Rousey switched her attention from in-ring action to outside the ring. After UFC, Rousey was seen in one of the Fast and Furious movies and also had a successful run in professional wrestling with WWE. After WWE she has not stepped back into the ring in order to start a family.