A number of WWE superstars have sent their good wishes to the people of India on the auspicious occasion of Diwali, also known as the festival of lights. 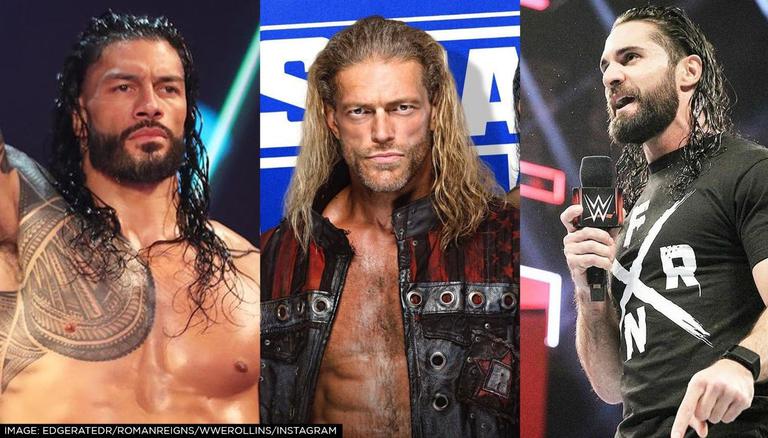 
A number of WWE superstars have sent their good wishes to their fans in India on the auspicious occasion of Diwali, also known as the festival of lights. From Roman Reigns to Seth Rollins to the Hall of Famer Edge, are amongst those who wished the people of India a happy Diwali on behalf of the entire WWE universe. Recently-crowned WWE champion Big E also wished his fans from India a very happy Diwali. The video of WWE superstars wishing India on Diwali was shared on the official YouTube handle of the professional wrestling company. The video also featured several Indian wrestlers who fight in WWE, including Jindal Mahal, Shanky, and Veer Mahaan.

WWE has a colossal fan base in India, which often inspires them to express their gratitute to the Indian audiences. Earlier this year, WWE superstars had sent their regards on Holi, the festival of colours, and also on India's Independence Day.

As far as Roman Reigns is concerned, the 36-year-old defeated Brock Lesnar in their previous clash at Crown Jewel 2021 in Saudi Arabia. Meanwhile, Seth Rollins, who is WWE Championship title contender, will fight Kevin Owens next week. Rollins recently fought  Edge at Crown Jewel 2021, where he lost the Hell in a Cell match against his arch-rival. Rollins is also expected to face Big E in the next Survivor Series, which is slated to take place on November 21.

Diwali, or Deepavali, is celebrated across India to mark the return of Lord Rama to his kingdom in Ayodhya with his wife Sita after serving 14 years in exile. This year's festival takes place on November 4th. The festival is celebrated with people lighting diyas at their homes and also performing poojas for Goddess Kali, Laxmi, and Lord Ganesh. The festival is celebrated in all major religions across India, including Hinduism, Jainism, SIkhism, and Bhuddhism. Diwali is also widely celebrated Sri Lanka, Nepal, Malaysia, Fiji, Guyana, Myanmar, and Trinidad and Tobago.