Watch Veer Mahaan getting confronted by a WWE legend after his terrific win against Mustafa Ali on the WWE Monday Night Raw episode of May 16. 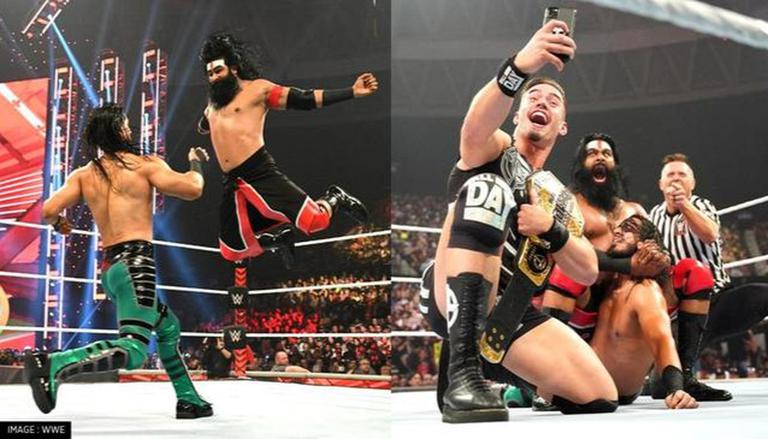 
Indian wrestler Veer Mahaan successfully added another win to his undefeated run on WWE Monday Night Raw, by winning against Mustafa Ali with his signature cervical match on the May 16 episode. The 33-year-old has become a highlight of the Red Brand, ever since he made his singles TV debut in April. However, after his match against Ali, Mahaan suffered an unwarned attack at the hands of Ray Mysterio and Dominik Mysterio, who were making their return, following an injury hiatus.

Although this was the first time Veer got taken down by someone on the show, it is worth noting that Veer had attacked the Mysterios on his TV debut before badly injuring Dominik. In his first official match in WWE Raw, Mahaan demolished Dominik yet again, as the latter had to be carried out of the arena on a stretcher. Mahaan announced his arrival in a fantastic style and looks promising to be fighting for major titles soon.

Watch Veer Mahaan getting attacked by the Mysterios on WWE Raw:

Mahaan has destroyed every opponent he has faced on WWE Raw since his debut. Superstars like Jeff Brooks, Sam Smothers, Bart Hansen, and Frank Lowman alongside the Mysterios have already faced his wrath. Veer is an Indian-origin wrestler, who was previously a professional baseball player. He was a pitching prospect for Pittsburgh Pirates and was also the inspiration for the Disney movie, ‘Million Dollar Arm’. He has been associated with WWE since 2018 and was a regular on WWE NXT before making his main roster debut last year.

What else happened on WWE Raw May 16 episode?

The main event of the episode was changed from the six-woman match to determine the no. 1 contender for Bianca Belair’s Raw women’s championship title to the Becky Lynch vs Asuka match to determine the challenger after the tag team titles Naomi and Sasha Banks walked out on the show. As per WWE, both wrestlers felt they weren’t getting the deserved respect as tag team champions.

Following the chaos, Lynch was defeated by Asuka in the main event as the latter also became the title challenger. Meanwhile, the show earlier opened with the Steel Cage match between Omos and Bobby Lashley. In the thrilling match, Omos threw Lashley through the steel wall, as The All-Mighty won the match by escaping the cage.