Jeff Hardy release was first reported by Fightful adding that the charismatic enigma had been offered help and rehab which he did not accept. 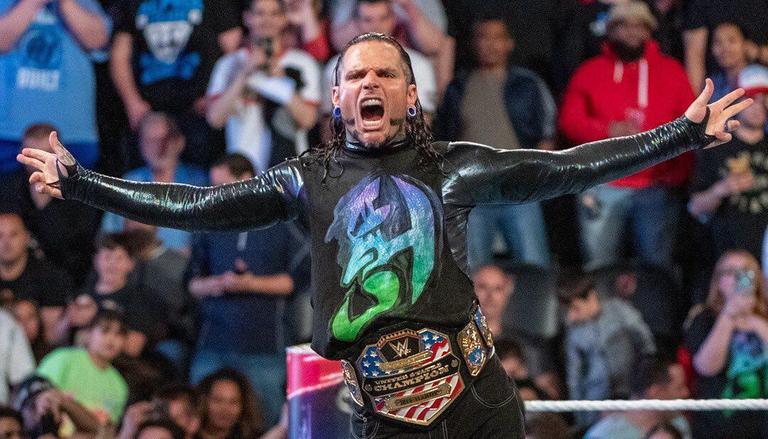 
Jeff Hardy's WWE journey has come to an end once again after the wrestler was released by WWE following an incident at a live event that took place on December 4 in Texas. According to multiple media reports, the news about Jeff Hardy's release was first reported by Fightful, with Sean Ross Sapp adding that the charismatic enigma had been offered help and rehab which he did not accept.

Why was Jeff Hardy released?

According to a report by PWInsider, Jeff Hardy was released by WWE after he had disappeared into the crowd during the live event tag team match. He did not return to the ring to continue fighting following which WWE decided to pull him out from another house show in Corpus Christi, Texas at the American Bank Center.

Jeff Hardy wife Beth Hardy took to her Twitter account and wrote that the family is good. She tweeted“Jeff is good. We are good. Post that you ‘heard’ that. Thanks. [peace sign fingers emoji],”. Jeff Hardy is yet to release a statement following his release by WWE.

WWE is yet to release an official statement on Jeff Hardy but the future of the wrestler remains quite unclear as he is believed to have had a lot of time left on his WWE deal.

Jeff Hardy along with his brother Matt Hardy also known as The Hardy Boyz made their return to WWE in 2017 at WrestleMania 33. They were added as the surprise entrants in the ladder match for the Raw Tag Team Championship. It was Matt's first appearance in WWE since 2010, while Jeff had first left the company back in 2009. Matt Hardy however left WWE once again in 2020 after his contract expired. He then joined WWE rival AEW, debuting for them on the March 18, 2020 edition of AEW Dynamite.

READ | What happened to Jeff Hardy? Why was he sent home from WWE tour?
READ | Jeff Hardy reveals the special demand he made to WWE before signing a new contract
READ | Jeff Hardy wants to bring 'Willow' to WWE for unique feud against The Fiend
Tags: jeff hardy, beth hardy, WWE
First Published: 10th December, 2021 09:18 IST

WE RECOMMEND
Jeff Hardy reportedly released by WWE owing to health concerns: Read latest update
What happened to Jeff Hardy? Why was he sent home from WWE tour?
Dwayne 'The Rock' Johnson recalls WWE debut 25 years ago; 'my awful haircut'
Matt Hardy reveals the real reason why Jeff Hardy is still in WWE and he isn’t
WWE teases Raw debut of Indian wrestler from Uttar Pradesh; Who is he?
Listen to the latest songs, only on JioSaavn.com