John Cena Acknowledges Brock Lesnar As 'one Of The Best, If Not The Best'

After Brock Lesnar attacked John Cena at WWE SummerSlam 2021, the Cenation leader expressed high praise for The Beast Incarnate in a recent interview. 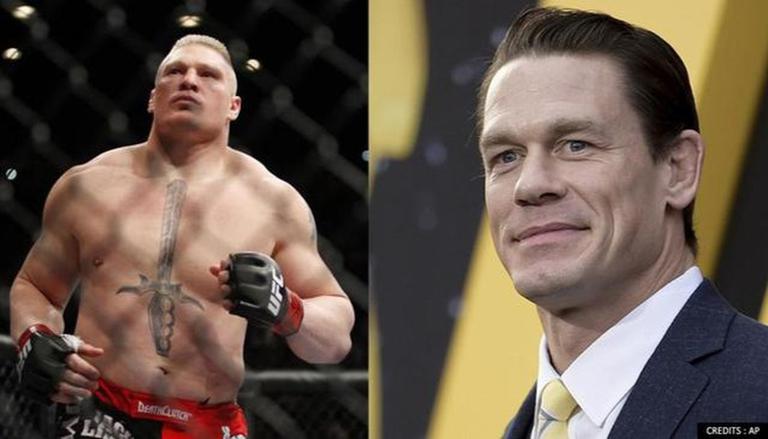 
After Brock Lesnar attacked John Cena at WWE SummerSlam 2021, the Cenation leader expressed high praise for The Beast Incarnate. Cena said that Lesnar is one of the best wrestlers if not the best. Such words coming from a sixteen-time WWE Champion speaks high volumes of Lesnar's calibre.

John Cena praises Brock Lesnar as one of the best wrestlers

John Cena may not have had the best outing at WWE SummerSlam 2021 as he first lost the Universal Championship match against Romain Reigns before being assaulted by Brock Lesnar. The Beast Incarnate attacked Cena after SummerSlam went off the air. Despite the assault, it did not stop Cena from heaping praise on Lesnar.

During an interview with Dan Patrick on That Scene, John Cena spoke about the SummerSlam buzz and how great it feels to surprise fans. "The greatest sound to hear (at SummerSlam) was certainly the interest. It’s that buzz before the bell rings. They want you guys to take you on this ride, this story. And then surprises at the end, when Brock Lesnar came out and no one knew what the hell what was going on. Those are really cool when you can surprise the audience too, cause those are so, so very rare."

After reflecting on his SummerSlam experience, Cena acknowledged Lesnar as one of the greatest pro wrestlers ever. "I didn’t notice the ponytail. I noticed that he was the size of two Brock Lesnar(s)...He looks mean and nasty no matter what, and I just think he's trying to stretch the boundaries of that to see what he can pull off. But he is just an anomaly. He's one of, if not the best ever."

As per one of the reports from Fightful Select, Brock Lesnar signed an 18-month contract just before he returned to WWE SummerSlam 2021. Dave Meltzer revealed in one of the recent episodes of Wrestling Observer Radio that The Beast Incarnate is expected to compete in 8-12 matches. Considering Lesnar's sporadic appearances, fans can expect him to compete in WWE once every two or three months at the biggest pay-per-view events.