John Cena Makes A Stunning Comeback To WWE, Confronts Roman Reigns At Money In The Bank 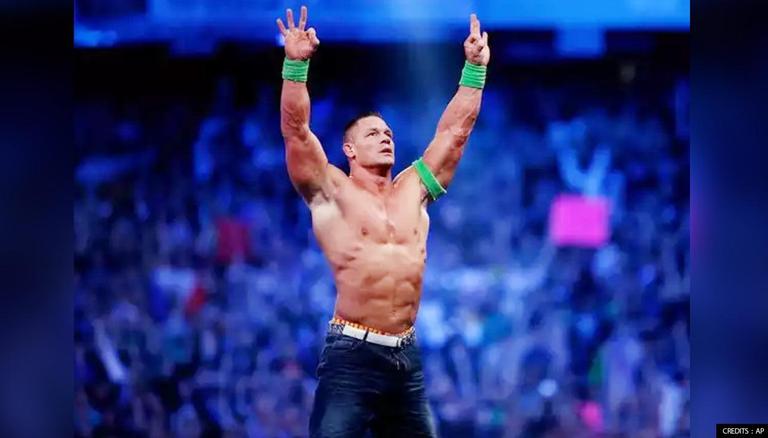 
World Wrestling Entertainment (WWE) icon John Cena made his much-awaited return to the ring during the Money In The Bank pay-per-view at Dickies Arena in Fort Worth, Texas on Sunday after a 15-month hiatus.

The leader of the 'Cenation' made his presence felt after the main event clash between Roman Reigns and the 'Rated-R' Superstar Edge where the 'Big Dog' successfully retained his WWE Universal title.

Meanwhile, John Cena made his way to the ring and stood face-to-face with Roman Reigns.  However, there was no physical provocation involved as John Cena just taunted Reigns with his signature 'You Can't See Me'  gesture.

The image of the John Cena- Roman Reigns faceoff at the Money In The Bank 2021 has been posted by the WWE on its official Twitter handle.

As per reports, both John Cena and Roman Reigns may supposedly lock horns at Summerslam. However, it is unclear whether the WWE Universal Championship will on the line. This year's Summerslam is scheduled to take place on August 21 at Allegiant Stadium in Las Vegas.

John Cena's last in-ring action dates back to April 2020 when he had faced Bray Wyatt 'The Fiend' in a Firefly Fun House match at Wrestlemania 36 which the 16-time world champion lost.

John Cena in Fast and Furious

For the last few years, the 'Doctor of Thuganomics'  has been a part-time in-ring competitor due to his blossoming Hollywood career. He was last seen in the action film  'Fast & Furious 9' which also had Vin Diesel in the lead role.

John Cena's character name in the movie is 'Jakob Toretto' and he plays the role of Dominic Torreto's (Vin Diesel) estranged brother in the movie.

F9 hit theaters in the US on June 25 and has since accelerated past the $500 million marks at the global box office. The ninth installment features family man Dom retiring from his earlier life to settle down with his wife and son. Fast and Furious 9, also known as F9, is the ninth main installment of the Fast and Furious franchise. The F9 cast includes actors like Vin Diesel, Michelle Rodriguez, John Cena, Tyrese Gibson, Chris Bridges, Nathalie Emmanuel, Kurt Russell, and many others.

Money in the Bank results 2021

The Usos (Jimmy and his twin brother Jey Uso) defeated Rey Mysterio and his son Dominik in a tag team match for the WWE Smackdown Tag Team Championship.

Nikki A.S.H. got the better of her competitors  Asuka, Naomi, Alexa Bliss, Liv Morgan, Zelina Vega, Natalya, and Tamina in Money in the Bank ladder match for the Women's Championship title match contract.

AJ Styles and Omos retained their titles after defeating The Viking Raiders (Erik and Ivar) in a Tag Team Match for the WWE Raw Tag Team Championship.

In the main event, Roman Reigns retained his WWE Universal Championship after defeating Edge via pinfall in a singles match.

WE RECOMMEND
Vin Diesel reveals he had a 'strange feeling' Paul Walker sent John Cena to him for 'F9'
John Cena reveals how he preserved the identity of his F9 role before the trailer release
Dave Bautista clarifies his stand on not working with John Cena or Dwayne Johnson
Daniel Ricciardo to join Fast & Furious after F1? McLaren racer jokes with John Cena
'The Suicide Squad': Here's why filming with James Gunn reminded John Cena of his WWE days