John Cena lost to Roman Reigns at WWE SummerSlam after which it has been a year since the former WWE Champion has made his way to the ring. 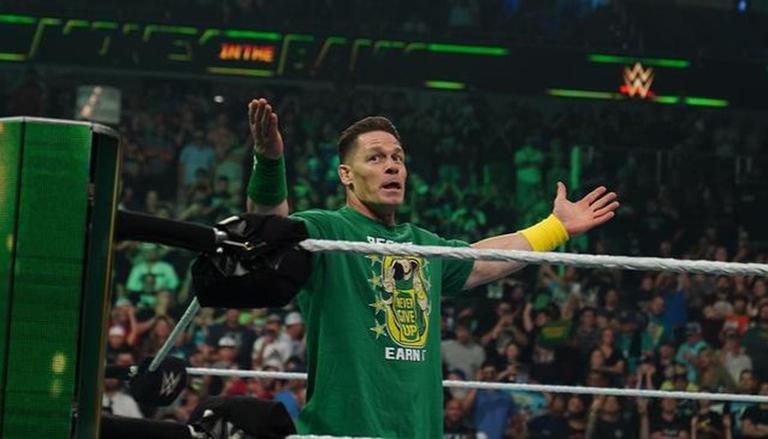 
WWE legend John Cena is yet to make his in-ring appearance with his last fight being the one at WWE SummerSlam which happened almost a year ago. The former WWE champion lost to Roman Reigns at WWE SummerSlam before competing in a non-televised event in September after WWE SmackDown. While Cena has been focussing on acting, reports have emerged that he will be soon making his return to the ring.

While speaking to Adam Glyn of Adam’s Apple, John Cena has teased his in-ring come back, stating that it will be happening very soon with the 20th anniversary of his WWE television debut coming on June 27. He said, “I know in WWE years, I turn 20 pretty soon, so that’s a big thing from a pretty storied class of folks. Batista, Randy Orton, Brock, we kind of all turn 20 this year. I am aware that is coming around the corner and who knows,” he said. “But it is one of those hard truths to bare, there’s a lot of cool stuff going on and I don’t want to say no to any of these opportunities that are on my doorstep. I don’t know when I will be back, but hopefully, it is soon. I’ve been gone for too long.”

A look back at John Cena's WWE record of 16 titles

Out of the 16 world titles won by Cena, 13 of them have been WWE Championship while 3 have been World Heavyweight titles. Known as the  'Doctor of Thuganomics' Cena won his first WWE title back in 2005 defeating John Bradshaw Layfield at Wrestlemania 21. In 2006 Cena won his second WWE title defeating Edge at Royal Rumble. He went on to defend his title against the same opponent at unforgiven (2006). In 2008, John Cena went on to become WWE champion for the fourth time, beating Chris Jericho at Survivor Series.

In 2009, Cena faced Edge and Big Show in a triple threat match at the 25th Anniversary of Wrestlemania and managed to defend his title by pulling off submission moves (Attitude of Adjustment) on both his opponents. The same year, Cena took on Randy Orton at Breaking Point Pay-Per-View event in an 'I Quit Match' and retained his title. The feud continued between the two at Bragging Rights (2009) and Cena once again gained a victory.