World Wrestling Entertainment's (WWE's) top manager Paul Heyman revealed that one of WWE's latest recruits is currently not at the level of Ronda Rousey. 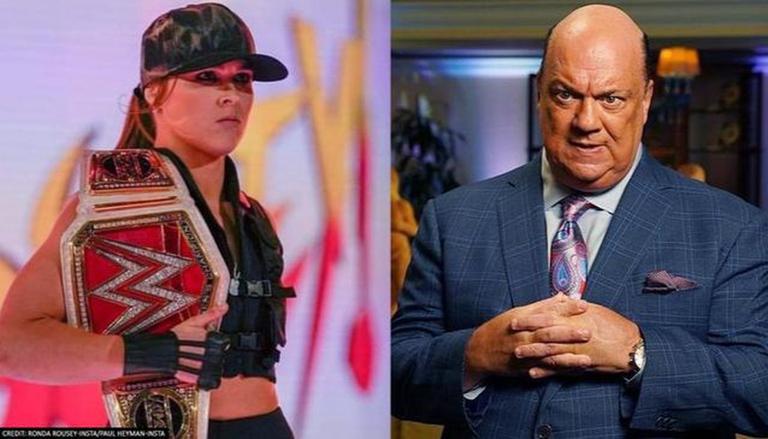 
World Wrestling Entertainment's (WWE's) top manager Paul Heyman revealed that Gable Steveson is currently not at the level of Ronda Rousey. Steveson signed a deal with WWE shortly after his gold medal win at the recently concluded Tokyo Olympics. The gold medalist trained with former WWE Universal Champion Brock Lesnar, who for long has been managed by Heyman.

The legendary WWE manager also added that he was responsible for all of Steveson's success in life. This is because Heyman introduced the Tokyo Olympics gold medal winner to fellow University of Minnesota Alumni Brock Lesnar, who helped him train in amateur wrestling.

In an in-character interview, Paul Heyman has taken all the credit for Gable Steveson's success, from winning the gold medal in freestyle wrestling at the Tokyo Olympics 2020 to any other professional achievement. While speaking to TMZ recently, the legendary manager said that he is personally responsible for all of 'Gable Steveson's right business decisions in his life and his gold medal and his Hodge trophy and his NCAA Division 1 Heavyweight championship.'

Heyman further added that had he not introduced Steveson to Brock Lesnar, then the Olympic gold medalist would have never achieved success in amateur wrestling. In his interview, Heyman added that he arranged for Steveson to train with Lesnar at the University of Minnesota, which helped him 'win the NCAA Division 1 Heavyweight championship.' He also claimed that it was his strategy that helped Steveson win the gold medal at the Olympics.

Paul Heyman also added that he advised Gable Steveson to remain a 'Paul Heyman Guy' in WWE if he wanted to achieve success. He added that since he is currently not at the level of Ronda Rousey or Brock Lesnar or 'certainly not of the Tribal Chief, Roman Reigns,' Steveson requires the right counsel that can presumably be provided by him.

Ronda Rousey is currently on a hiatus from WWE since losing her Raw Women's title to Becky Lynch at WrestleMania 35. It was a triple threat match between Charlotte Flair, Rousey and Lynch, in which 'The Man' emerged victorious. This was the first match in which women headlined the showpiece event.