Will The Rock Make An Appearance At WWE Survivor Series 2021? Roman Reigns Answers

The Rock vs Roman Reigns: A segment between the cousins would undoubtedly make for a treat amongst the fans considering the popularity of the two superstars. 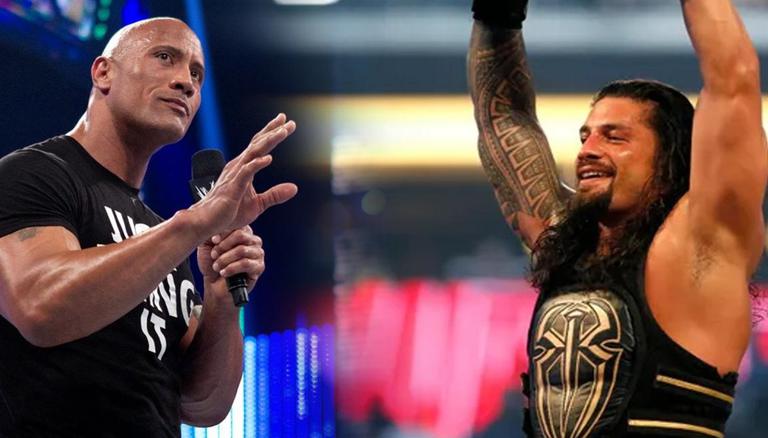 
With WWE Survivor Series coinciding with The Rock's 25th anniversary, speculations have arisen suggesting that The Great One will mark an appearance on the pay-per-view event and will face-off against current WWE Universal Champion Roman Reigns.

A segment between the cousins would undoubtedly make for a treat amongst the fans considering the popularity of the two superstars. With such speculations taking place, the Tribal Chief gave his answer in a recent interview.

After arriving as a guest on The Tonight Show, Jimmy Fallon asked Roman Reigns to address the rumours about Dwayne Johnson aka The Rock making a dream appearance at Survivor Series 2021 on his 25th anniversary. In response, the Head of the Table said, "These are rumours, you're saying? I have not heard these rumours, and I would think I'm closer than anybody at this point. So, I don't know; it's not what I've heard. I also debuted at Survivor Series as well, so there is a nice little tie-in there. But, I don't know."

READ | The Rock vs Roman Reigns in WWE: Dwayne Johnson comments on possibility of dream match

However, the Tribal Chief did admit that he would love to face the most electrifying man in sports entertainment but was not certain whether his cousin would want such a fight. "I would, yes. I don't know if he wants it. But, that's kinda something we do in our family as far as sports entertainment and professional wrestling, WWE, this is our platform. This is our family business. Where better to kinda solve problems than in the squared circle?"

READ | WWE: The Undertaker explains why Roman Reigns should have broken his WrestleMania streak