Jeff Hardy has revealed his future plans after his contract with WWE ended last week, a week after he was allegedly sent back home from the WWE tour. 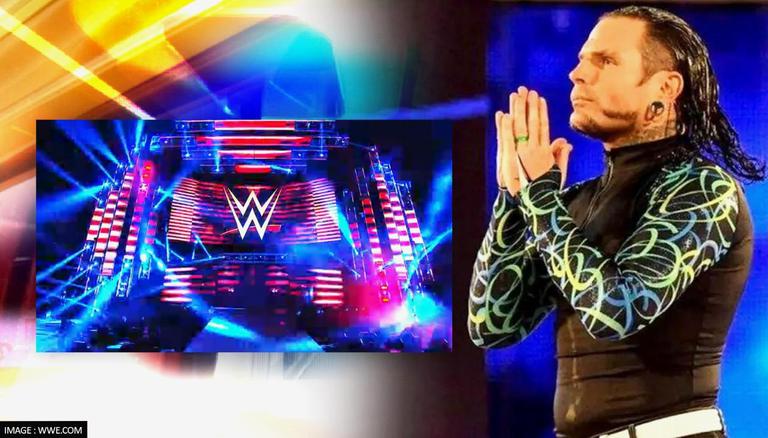 
Former WWE super star Jeff Hardy took to his official Twitter handle on Wednesday and revealed his future plans after getting formally released from his contract with WWE. The wrestling legend was released by the wrestling company less than a week after he was allegedly sent back home following a rough night during a live event by WWE in Texas. However, Hardy received support from the wrestling world as the events unfolded and he revealed he will go on a meet and greet tour in the coming month.

His tour will start with the first meet and greet on December 16 at The Miramar Theatre in Milwaukee, Wisconsin before Hardy will travel to Illinois, Iowa, Nebraska, and North Dakota, while the tour ends on January 16 at the Bigs Sports in Sioux Falls, in the state of South Dakota. Meanwhile, the fans of the wrestling legend were surprised to see him planning the tour soon enough after leaving WWE. At the same time, few fans defended Hardy regarding his release by saying WWE just assumed Hardy needed rehab, and seems to be healthy enough to go on a tour.

How did the wrestling fans react to Jeff Hardy's future plans?

Even if he had a non compete, the non compete is for wrestling. Also, if Jeff didn't need rehab and WWE just assumed he did, then he is healthy enough to do this.

44-year-old Hardy has battled drug and alcohol addiction throughout his career and as per PW Insider, he was offered help and rehabilitation by WWE but the star chose not to accept the offer and ended up losing his WWE contract. Jeff Hardy made his first appearance in WWE in 1994, before making his Monday Night Raw debut in 1995.

WE RECOMMEND
WWE star Triple H to not wrestle again following cardiac arrest: Reports
WWE Raw: Did you notice the hilarious tribute to John Cena during show?
Liv Morgan injury: WWE provides update following brutal brawl against Becky Lynch
Jeff Hardy released: WWE universe backs star after reports of him being fired emerge
What happened to Jeff Hardy? Why was he sent home from WWE tour?
Listen to the latest songs, only on JioSaavn.com