As per reports, WWE's pay-per-view event Friday Night SmackDown, at Madison Square Garden, had the highest gate in the history of the show. 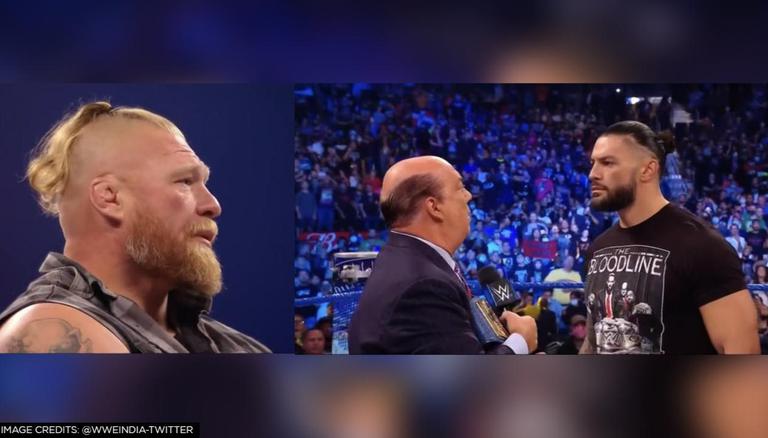 
World Wrestling Entertainment's (WWE) first show in two years in New York City at Madison Square Garden turned out to be a massive financial success according to reports. The Friday Night SmackDown had the highest gate in the history of the show dating almost back to 1999. The ticket prices for the WWE event were also reported to be high.

The show opened with Brock Lesner challenging Roman Reigns to a match and it was accepted at the close of the show but before they face-off, The Head of the Table will defend his Universal title against 'The Demon" Finn Balor at Extreme Rules on September 26. Later in the night, Reigns interfered in the SmackDown Tag Team Championship match between The Usos and the Street Profits and guillotined Montez Ford and then grabbed the mic to accept Lesnar's challenge. Suddenly, the arena turned pitch black and Finn Balor arrived with 'The Demon' confronting Reigns as the show went off the air.

Edge stretchered out of MSG

Seth Rollins defeated Edge after a tough bout with both the men battling back and forth to show why they are considered the top technical wrestlers in pro wrestling today. When the referee was sightly unhinged, Rollins went for a low-blow and then pounded on Edge with three superkicks and stomped on him to earn his first victory over Edge. The Rater-R Superstar had to be stretchered out after his surgically repaired neck was damaged meaning the legend could be moving on to Raw at some point or be written off altogether.

In some other bouts that took place on the night, Big E, Boogs, Nakamura, and The Mysterios defeated Roode, Ziggler, Crews, Otis, and Zayn. Becky Lynch and Bianca Blair sign for an Extreme Rules match with the title on the line. The Street Profits defeated The Usos because they were disqualified after the stunt that Reigns pulled.

WE RECOMMEND
WWE superstar Samoa Joe to stop wrestling due to injury, gives up NXT title
CM Punk's return to pro wrestling could have been with WWE instead of AEW: See why
Jon Moxley thinks WWE Chairman Vince McMahon would call AEW fights 'Garbage'
When will Ex-WWE star Dwayne 'The Rock' Johnson be back on the ring? Check here
Former champion Drew McIntyre reveals how Triple H convinced him to make WWE return