WWE Hall of Famer John Bradshaw Layfield (JBL) revealed an interesting time when a person as tall as him was easily suplexed by Brock Lesnar. 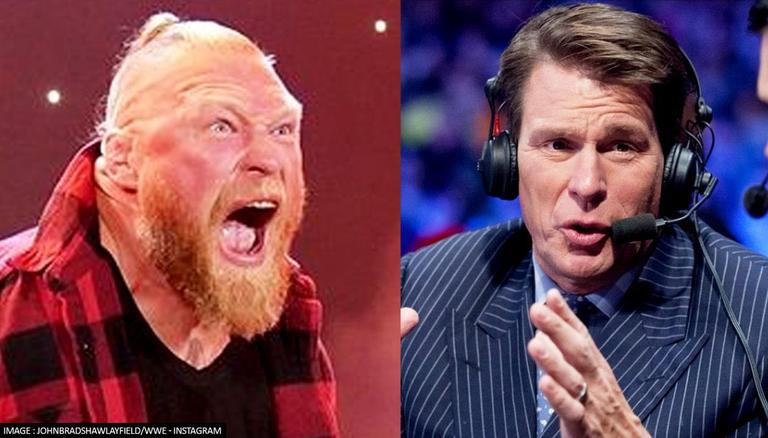 
World Wrestling Entertainment (WWE) superstar Brock Lesnar is well known for being one of the most ferocious wrestlers in pro wrestling. Speaking of the Beast Incarnate, WWE Hall of Famer John Bradshaw Layfield (JBL) revealed an interesting time when he was suplexed by Lesnar.

While speaking of Lesnar, JBL also explained a heartwarming act of kindness from the WWE superstar. The Beast Incarnate willingly lost a match against the Hall of Famer because the feud was being held in the university JBL went to before beginning his wrestling career.

While speaking in a YouTube Q&A session, JBL revealed how Brock Lesnar easily suplexed a man of his size. While wrestlers often struggle to suplex tall opponents, Lesnar had no issues performing such a move. Meanwhile, the Beast Incarnate also suplexed WWE legend John Cena 16 times at SummerSlam 2014 before taking Roman Reigns to 'suplex city' at WrestleMania 31 the following year. The popular phrase 'Suplex City' was coined because of the number of times Lesnar delivered the move to his opponents.

Speaking of the incident, JBL said, "Brock caught me, throws me into a suplex. And I asked him before, I said, 'Brock, are you sure you wanna do this?' Not strength-wise, it’s just the logistics of throwing a guy really tall. And Brock said, 'I've been suplexing people since I was five years old.' I said, 'Alright.'" After Lesnar's first successful suplex, he also threw JBL across the ring 'like a child' before finishing the match.

In the same YouTube Q&A, JBL also revealed a moment when Brock Lesnar unselfishly asked to lose against him because the WWE Hall of Famer had friends in the crowd. JBL played football for Abilene Christian University before beginning his wrestling career. Due to his Abilene association, JBL was considered a hometown hero.

READ | WWE: Becky Lynch called The Rock before her SummerSlam comeback with a special request

Speaking of Lesnar's unselfishness, JBL said, "I was working with Brock in Abilene, and I said, 'Hey, Brock, I wanna talk to you,' and he goes, 'Yeah, yeah, yeah, your college buddies are here. I'm gonna put you over.' I said, 'Brock, they don't care who goes over. I couldn't care less. You win, I win, it doesn’t matter.' I said, ‘We're going to a place afterwards,' and so that's what I was telling him."

That was the only match JBL ever won against the Beast Incarnate. Since then, he lost four matches between April 2002 and June 2002.