Know what will happen in the final episode of WWE Monday Night Raw, ahead of the much anticipated WWE Survior Series 2022 on November 27, this weekend. 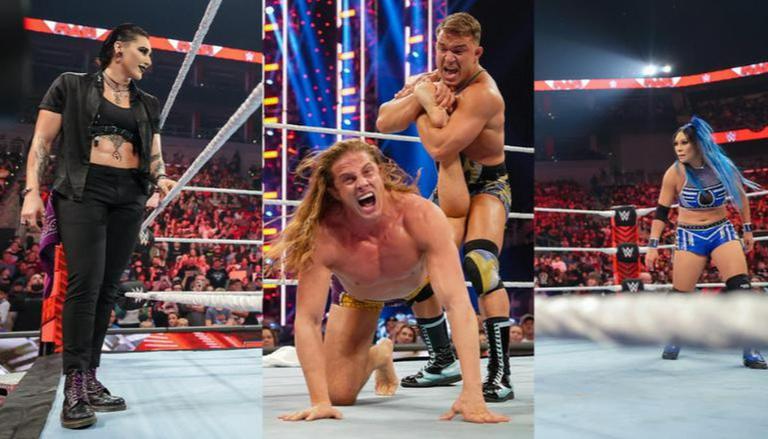 
The November 21 episode of WWE Monday Night RAW will mark the final red brand show ahead of the company’s upcoming pay-per-view (PPV) event, WWE Survivor Series 2022. With the exciting WarGames matches scheduled to be held at Survivor Series, the WWE Universe is keenly awaiting the high-voltage event. Meanwhile, the November 21 episode of WWE Raw will feature several interesting segments in the build-up for the PPV.

The women’s WarGames at Survivor Series will feature Bayley, Iyo Sky, Dakota Kai, Nikki Cross, and Rhea Ripley going against Bianca Belair, Asuka, Alexa Bliss, Mia Yim, and another wrestler, who is yet to be announced. A report by Wrestling Observer claims former superstar Candice LeRae might make a return to the company as the fifth member of Bianca’s team in the WarGames event. However, WWE also hinted towards the comeback of WWE Hall of Famer Beth Phoenix as the fifth member.

Ripley and Asuka are slated to meet in a match on RAW that will determine which team will have the advantage at Survivor Series. “The winner of the bout between Asuka and Ripley will secure the advantage at Survivor Series, where their team will be first to send an additional member into the WarGames Match. With this advantage, the other team will never have a numbers advantage throughout the matchup. Team Bianca Belair and Team Damage CTRL will both want the critical advantage, doubly so for Belair’s team as they still have not found their fifth member,” WWE said in a statement announcing the match.

What else can happen on WWE Monday Night RAW?

Meanwhile, the November 21 episode might also feature a segment involving Matt Riddle and the Alpha Academy. In the last episode of RAW, Gable defeated Riddle with Otis’s assist and this week, Riddle might team up with Elias against the duo of Gable and Otis. The episode is also likely to feature the OC vs Judgement Day clash.

The Survivor Series 2022 will be held on November 27 at the TD Garden in Boston. WWE will introduce the WarGames format to the main roster of the company, during the PPV. Alongside a women’s WarGames match, fans will also witness a men’s WarGames match between  The Bloodline (Roman Reigns, The Usos, Solo Sikoa & Sami Zayn) vs. Sheamus, Ridge Holland, Butch, Drew McIntyre, and a partner. The PPV will see Ronda Rousey defending her SmackDown women’s championship title against Shotzi.