With SummerSlam 2021 just a few days away, WWE SmackDown promises to bring about interesting storyline updates before the biggest party of the summer. 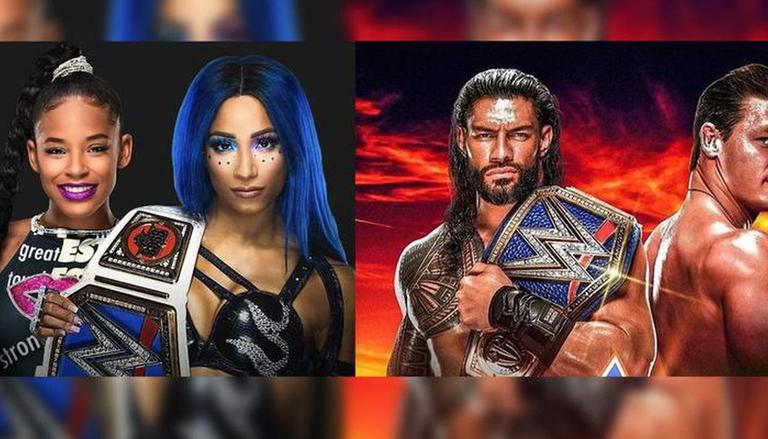 
With SummerSlam 2021 just a few days away, WWE SmackDown promises to bring about interesting storyline updates before the biggest party of the summer. SmackDown's feature match at SummerSlam is undoubtedly between a returning John Cena taking on Roman Reigns for the WWE Universal Championship. Ahead of the much-awaited show of the blue brand, here is a look at our WWE SmackDown preview.

Will John Cena engage in a face-off with Roman Reigns?

WWE legend John Cena returned at Money in the Bank for one reason only, and that is to become WWE Universal Champion once again. Last weekend's Smackdown kicked off with the 16-time champion and the Head of the Table engaging in a verbal spat. Even though Cena began the feud, The Big Dog took it to another level as he said the 'Leader of the Cenation' wasn't good enough to beat him and that he would send him back to Hollywood after humiliating him at SummerSlam. Fans can expect one final face-off between the two before their much-awaited match this Saturday night.

Bianca Belair likely to get revenge against Sasha Banks

Last week, Sasha Banks once again got the better of Bianca Belair as she staged an attack on the women's champion after their contract signing for the SmackDown women's title. While WWE official Sonya Deville tried her best to prevent any arguments between the two divas during the contract signing, it did not take time for hell to break loose once the contract was signed. Banks viciously attacked the women's champion and was aided by both Carmella and Zelina Vega, who had come out on her demand. The segment ended with Banks executing the Bank statement on Belair at the top of the table inside the ring.

After two weeks of both Seth Rollins and Edge addressing each other, with one of them not being at the arena, it is likely that both will engage in a heated quarrel at this week's SmackDown. Two weeks ago, Edge called out Rollins to the ring, but the Architect just connected via satellite TV and laughed at the Rated-R Superstar's face. A week after, Rollins addressed Edge and threatened that he would end the Rated-R Superstar's career at SummerSlam after coming close to doing so in 2014.