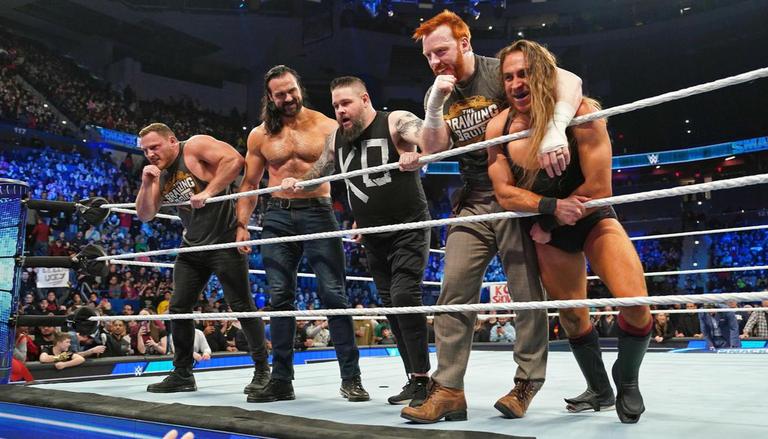 
The November 19 episode of WWE Friday Night SmackDown opened with Brawling Brutes along with Drew McIntyre delivering another message to The Bloodline ahead of the WWE Survivor Series WarGames. The matches of the SmackDown World Cup continue with Zayn facing Butch and Mustafa Ali taking on Ricochet. The Brutes also revealed the final member of the team in the latest episode of WWE SmackDown.

Brawling Brutes send a strong message to The Bloodline

The WWE SmackDownshow opened with Drew McIntyre being named an “Honorary Brute.” The proceeding was interrupted by "The Honorary Uce" Sami Zayn who guaranteed that Bloodline will win the match at WarGames. Zayn said that he would run through Butch in the opening round of the SmackDown World Cup. The segment ended with Sheamus reassuring Zayn that 'Uce' will be scared when he learns about the fifth member of The Brutes.

Butch and Sami Zayne faced each other in the first-round matchup of the SmackDown World Cup in the latest episode of WWE SmackDown. While Butch had Sheamus, Drew McIntyre and Ridge Holland to watch his back at ringside, Zayn had the backing of Undisputed WWE Tag Team Champions The Usos as well as Solo Sikoa. Talking about the match, Butch used his aggressive attack during the match but Zayn got the upper hand on Butch and set him up for a Helluva Kick. Jey accidentally intercepted Zayn while trying to escape from Sheamus following the brawl outside the ring. Butch took advantage of the distraction and hit Bitter End on Sami Zayn to pick up the victory.

Kevin Owens emerges as the fifth member of Brawling Brutes

Following the completion of the match, The Brutes gained the advantage over the Bloodline during the brawl. However, the momentum changed once Undisputed WWE Universal Champion Roman Reigns arrived and lay down Holland, Butch, McIntyre and Sheamus. As Reigns tried to hit  Sheamus with a spear, Kevin Owens delivered a Stunner to Reigns and revealed himself as the fifth member of the Brutes.

Kofi Kingston and Xavier Woods expressed their disappointment over losing their record as the longest-reigning tag team champions in WWE history to The Usos.

The New Day and Braun Strowman vs Imperium: The New Day defeated the Imperium after Kofi Kingstone and Xavier Woods finished off Kaiser with the Midnight Hour.