WWE Superstar Heads Back Into Acting World, To Star As Greek God Of War 'Ares' In Series

A WWE superstar is set to head back into the acting world and will feature in a series named 'Percy Jackson and the Olympians' as the Greek God of War Ares. 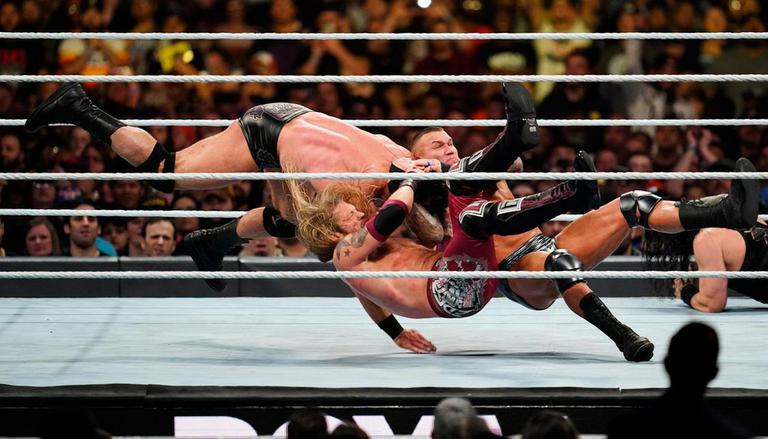 
WWE made an exciting announcement about a superstar who will return to the acting world to star in a Disney+Hotstar series named 'Percy Jackson and the Olympians'. As per the promotion, the WWE Hall of Famer will make his return as an actor in the Disney+Hotstar series, which is expected to be released in 2024. Edge has previously starred in multiple movie projects like Bending the Rules and Interrogation, with his last appearance coming in the 2020 movie Jack Reese.

Meanwhile, as per the announcement by WWE, Edge will essay the role of Ares, the God of War. “WWE Hall of Famer Edge will step back into the acting world by starring in the Disney+ series “Percy Jackson and the Olympians,” which is expected to drop in 2024. Edge is no stranger to starring in live-action series and films, with previous roles in “Vikings,” “Haven,” and “Bending the Rules” to name a few. Whilst Edge may be called a “god” in the ring, he will appear as Ares, the God of War, in a recurring role. Don’t miss Edge in the much-anticipated adaptation of Rick Riordan’s fantasy novels that will debut in 2024!,” WWE revealed in the announcement.

Edge made his acting debut with a cameo role in 2000

After making his TV debut for WWE in 1998, Edge appeared in a cameo role in the 2000 movie named Highlander: Endgame. After 22 years and numerous acting projects to his credit, Edge will now star in 'Percy Jackson and the Olympians'. The series also features Walker Scobell, Aryan Simhadri, and Leah Sava Jeffries.

The development was first announced by media publication Variety, which revealed Edge’s character will be “handsome in a wicked way and arrogant, despite not always being the sharpest tool in the shed. He loves conflict and acts as an agent of chaos wherever he goes.”

More about 'Percy Jackson and the Olympians'-

As per the official series logline, the series Percy Jackson and the Olympians will show a fantastical storyline of a 12-year-old modern demigod named Percy Jackson. The role will be essayed by Scobell and will revolve around the fact that Pervy is just coming to terms with his newfound powers after getting accused of stealing the master lightning bolt by sky god Zeus. “With help from his friends Grover (Simhadri) and Annabeth (Jeffries), Percy must embark on an adventure of a lifetime to find it and restore order to Olympus,” the logline further stated.