The main card began with a clash between Becky Lynch and Charlotte Flair, one of the most highly-anticipated fights at Survivor Series 2021. 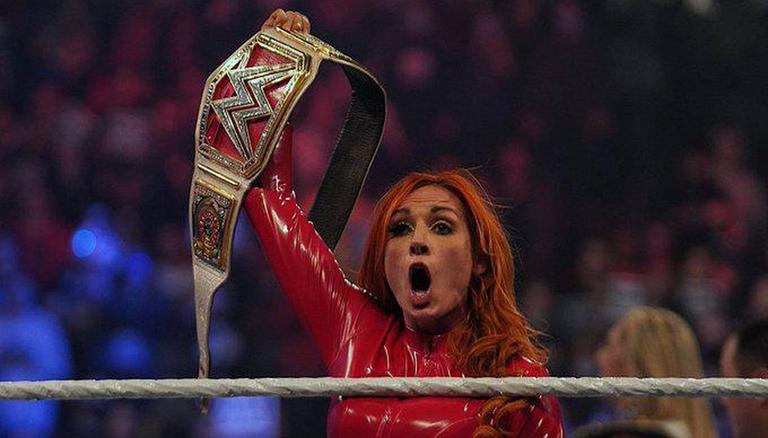 
WWE's second-oldest pay-per-view event, the Survivor Series, took place in Brooklyn on Sunday night. The main card began with a clash between Becky Lynch and Charlotte Flair, one of the most highly-anticipated fights at Survivor Series 2021. The clash ended in a controversial manner after Lynch walked out with a big win. The match saw RAW Women's Champion Lynch beat Flair in an unfair manner as she held the bottom rope of the ring to pin her down. Earlier, Flair had tried to adopt a similar strategy but she was stopped immediately by the referee.

"See where we came from to where we are now and the hatred out there, it's so sad. That's somebody who I loved so much, I trusted with my life and we've been through everything together. We nearly died in a car crash together and just how much we despise each other now, I just wanted to rip her apart out there. I didn't break her arm like I wanted to and I don't know if I am happy or sad about that but I got the win," Lynch added.

.@BeckyLynchWWE shares a conflicted set of emotions after her showdown with @MsCharlotteWWE at #SurvivorSeries. pic.twitter.com/03NMS6s0hy

Meanwhile, the Survivor Series 2021 main event featured a match between Universal Champion Roman Reigns of SmackDown and WWE Champion Big E of Raw. The match ended in a Roman Reigns victory. Reigns had to apply every trick in his book to beat Big E, who was not in a mood to give it up that easy. The event also featured a 25-Man Battle Royal to commemorate the 25 years since The Rock made his WWE debut. Omos won the 25-Man Battle Royal after successfully eliminating 12 of the 24 other men from the ring.