Roman Reigns' merchandise sales by WWE is at an all-time high, and are currently at the level of 16-times WWE World Champion John Cena. 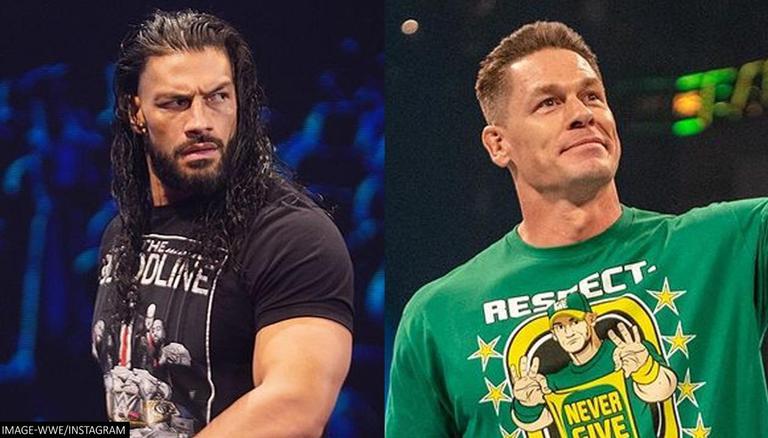 Cena spoke about his WWE merchandise during Florida Supercon

Meanwhile, Reigns and John Cena last clashed during the SummerSlam 2021. While talking about the merchandise he wore in the match, Cena openly said that he was not impressed by the recent ideas of WWE merchandise sale. As reported by Comicbook, while speaking during the Florida Supercon, Cena said, “WWE wanted to put together a once-in-a-lifetime fan experience. This kit is not just this kit, it's the belt, the clothing, an autograph picture, an autographed canvas picture, and an NFT. When it came up with the face value for what it cost, it came up around $500-$600 retail value and then threw in the value of the NFT. I talk a lot about failure. This idea failed. Why is it $1000? Because myself and the folks at WWE thought $1000 was a fair price point. We were wrong. We were absolutely wrong. (This shirt) is number zero of 500. I thought, with a value like that, the 500 will be gone. We sold 37 of them. It was a catastrophic failure. I design all my stuff. I was super proud of this. I love the design. It's one of those instances where I put my heart and soul and did the design and was really close with the work and pieces and market research. Yes, it seems fair, I think it will be good! It absolutely failed. I took a chance and missed it. I'm sorry because it's obvious that people like the design, but it's way too much."

Reigns will be next seen locking horns with Brock Lesnar at the WWE Crown Jewel 2021 in Saudi Arabia. As per reports by WrestlingNews.Co, Reigns will not be dropping his Universal Championship anytime soon, which means the Lesnar vs Reigns feud will not end at the Crown Jewel. Lesnar on the other hand post his Crown Jewel match, will not appear in any fixtures till the Royal Rumble pay-per-view event, which is scheduled to take place on January 29, 2022.